Kundali Bhagya Written Update 14th October 2021: As Mahesh asks Preeta to keep her promise of getting Rishabh out of jail, she gets an idea. Read further. 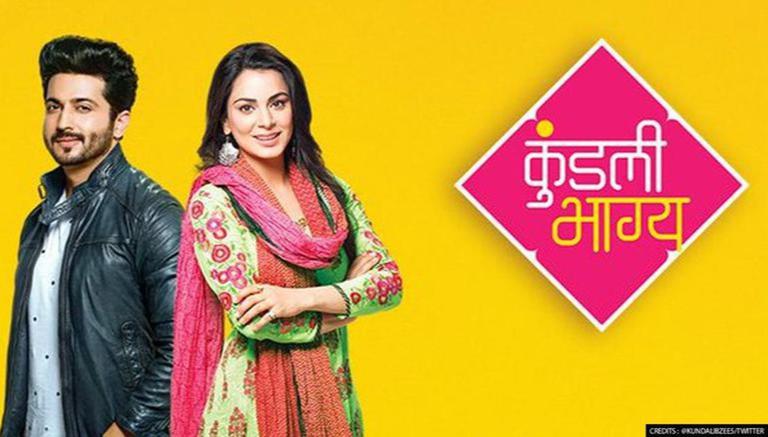 
Kundali Bhagya written update for the 14th October 2021 episode begins with Sandeep's mother entering his hospital room and getting into an argument with his fiance, Sumita. As the constables come inside to check what happened, Sandeep assures them that they are just fighting about who will take care of him. The constables warn them to keep their voices low while later, Sandeep's mother tells Sumita to go as his mother is here to take care of him. On the other hand, Rakhi keeps convincing Mahesh to take his medicines but the latter keeps denying it. Sarla then arrives and tells Mahesh that he will require strength to meet Rishabh so he should take the medicines. As Mahesh takes the medicines, Sarla informs them that she went to meet Rishabh in jail and she hopes that he will be out before the Navratri festival ends.

As Srishti enters the house, Sarla shouts at her for not telling her that Rishabh got arrested. Srishti then apologises to her and says that she did not want to stress her. Sarla then tells her to promise that she will share everything with her. On the other hand, as Sherlyn and Rakhi sit worrying about Rishabh, the latter says that they should go and meet him, This leaves Sherlyn in shock. Karan and Preeta then enter the house while Rakhi asks them about Rishabh's well-being. They tell her that he is fine and they haven't told him anything about Mahesh's health condition. Preeta then assures Rakhi that Rishabh will be back soon while Sherlyn says that she will help her to get him back.

Preeta gets an idea about getting Rishabh out of jail

Karan and Preeta then meet Mahesh and the latter asks them about Rishabh. Karan promises him to get Rishabh back soon and tells him to take some rest. Rakhi cries while hugging Karan. As Preeta prays to God to help her find a way to save Rishabh, she gets an idea and shares it with Karan. She then asks Karan whether he heard any noise while speaking to Rishabh that night and also says that if Sandeep met with an accident, he should have cried loudly. She also suggests that they should speak with Sandeep's doctor to get a clarification on whether the accident really occurred or not.