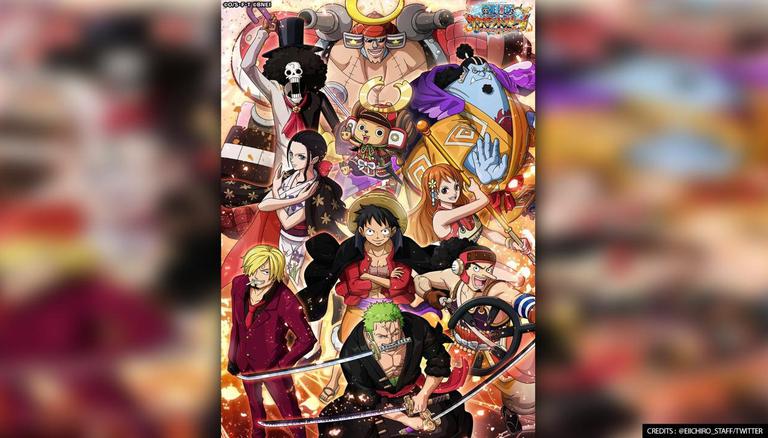 
One Piece Chapter 1025 is slated to release soon and will be a part of the Wano arc. The One Piece manga was created by Eiichiro Oda and has been serialized in Shueisha’s Weekly Shonen Jump since July 1997, consisting of 100 volumes. The plot revolves around the exploits of Monkey D. Luffy, whose body turned into rubber after he accidentally ate the Devil Fruit, Gomu Gomu no Mi.

Since One Piece chapter 1024 releases on 5th September, which is tomorrow, fans have been wondering if there will be a break between chapters 1024 and 1025. Here's what we know -

READ | 'One Piece' chapter 1015 spoilers: Will Luffy end up alive after falling from the sky?

One Piece Chapter 1024 will officially release this weekend. However, the spoilers for the latest chapter have been fully released, including the raw scans. In the last chapter, fans saw Momonosuke finally transforming into a dragon and taking Luffy back to Onigashima. As part of the New Onigashima Project, the island was displaced from its spot at sea by Kaidou using his dragon powers, who plans to move it to the Flower Capital.

READ | One Piece Premier Show back at Universal Studios Japan this August 6 to October 31, 2021!

Highlights from the battlefield in chapter 1024 show that Kaidou's side is losing numbers, giving the Samurai an advantage. The Tobiroppo have been defeated, and now all that remains are the All-Stars and the low ranking beast pirates for Hawkins and Fukurokuju.

READ | 'One Piece' 1016 Spoilers: Yamato vs Kaidou to finally happen? Find out here

We also saw the fight at the top, where fans realised that Yamato is evenly matched against Kaidou. However, we also know that Luffy is on his way to join the battle and that he should be there soon enough. It remains to be seen what will happen on the rooftop, hopefully, One Piece chapter 1025 will give fans more insight into the big fight.

READ | One Piece Episode 987: Check Release Date, Spoilers & who will become one of the Tobiroppo