'Pavitra Rishta: It's Never Too Late': Ankita, Shaheer Talk About Show Ahead Of Release

Pavitra Rishta will soon return for a second spell on the silver screen with Ankita Lokhande & Shaheer Sheikh in the lead roles. Here's what they have to say. 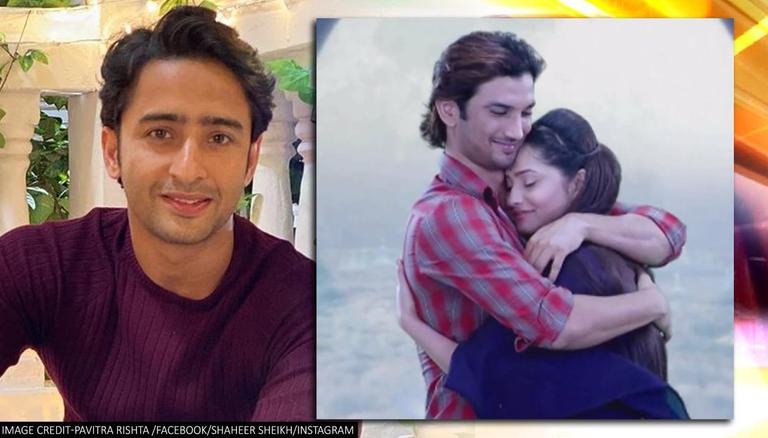 
Ekta Kapoor's Pavitra Rishta is all set to return with its second season titled, Pavitra Rishta - It's never too late. The upcoming Pavitra Rishta 2 sees Ankita Lokhande reprising her role as Archana while actor Shaheer Sheikh is slated to play Manav, an iconic role previously essayed by fan favourite late actor Sushant Singh Rajput. Here's what the team had to say -

According to a report by ANI, Ankita Lokhande recently opened up about returning for the iconic Pavitra Rishta's second season. The makers of the show recently released the trailer for the upcoming show on Wednesday, and have also revealed the release date which is September 15. Ekta Kapoor's Pavitra Rishta 2 will reportedly be an 8-part web series and will stream on OTT platform ZEE5.

Pavitra Rishta: It's never too late has been directed by Nandita Mehra and written by Nikita Dhond, Gautam Hegde and Ritu Bhatia. The show has been produced by Bhairavi Raichura's 24 Frames Production. Speaking about her excitement on returning to the silver screen for a second spell of her iconic show, Ankita Lokhande told ANI:

Rarely does one do a role or a project which transforms their lives completely. Pavitra Rishta was that project for me as the love I received from the audience for Archana's character was unparalleled. So, how could I turn down the opportunity to reprise the role and continue the legacy of Archana? I am so grateful to Ekta and ZEE for reviving Pavitra Rishta and for having faith in me again. I am eager to see the audience's reaction to Archuu all over again.

The series will reportedly be a romantic family drama that will once again centre around the husband-wife duo, Manav and Archana. Speaking about the upcoming show, and why she decided to create a second season of Pavitra Rishta, Ekta Kapoor, Joint Managing Director of Balaji Telefilms Limited, told ANI:

Some shows and characters leave a big impression on you for years to come. 'Pavitra Rishta' was one such show which impacted so many lives and received so much love and good wishes from fans across the world. There could not have been a better timing to bring back the show and honour the legacy of it. I am sure that the fans will give it as much as love and acceptance as they did to the first season.

Shaheer Sheikh, who is slated to take over late actor Sushant Singh Rajput's Manav in Pavitra Rishta 2 also weighed in on what it feels like to play the iconic character. He spoke about the role was "challenging" and "emotional" for him, even calling the Manav the "most pure character" he has played on screen. He told ANI:

It has been a rollercoaster of emotions for me - from the time I was offered the role to eventually being on set and shooting with this amazing unit. It's been a challenging role to essay, but I have given it my all. In the process of shooting the show, I realised that 'Manav' is the most earnest and pure character I've ever played and in today's day and age, such a character is a rarity! Now I only hope that our efforts resonate with the audiences.