Kim Kardashian's ex Ray J reacted to their leaked sex tape and claimed that he never did anything. He even accused Kim and Kris Jenner of lying about the same. 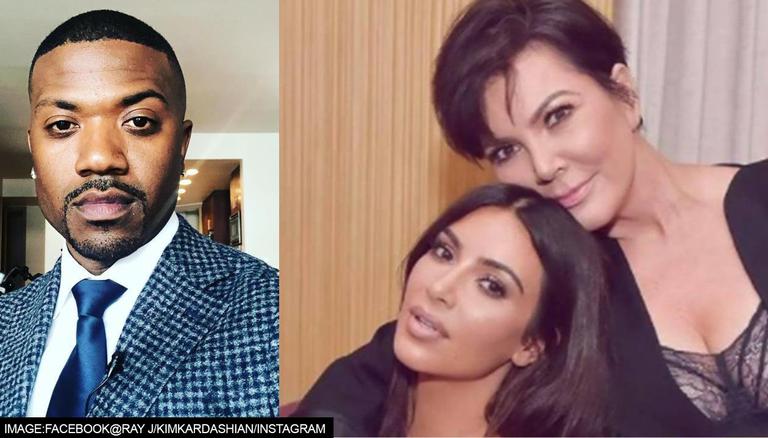 
The sex tape involving Kim Kardashian and Ray J from 2002, when they were in a relationship, created headlines upon its leak in 2007. The former catapulted to fame with the leak and carried that hype further with her family show Keeping Up with the Kardashians. While Kris Jenner and Kim accused the latter' sex Ray J of leaking their sex tape, he recently claimed that the mother-daughter duo were lying about the same.

Ray J opens up about Kris and Kim's accusations against him

In a recent conversation with Daily Mail, Kim Kardashian's ex Ray J, a notable American singer and songwriter, recently reacted to Kim and Kris Jenner's claims of him leaking the sex tape. Adding to it, he even made a shocking revelation about how it had always been a deal and a partnership between Kim Kardashian, Kris Jenner and him.

“I have never leaked a sex tape in my life. It’s always been a deal and a partnership between Kris Jenner and Kim and me and we’ve always been partners since the beginning of this thing," he said.

Stating further, he also opened up about how this idea came about and recalled the time when he once jokingly told Kim about releasing their sex tape which he allegedly claimed that Kim always had the possession of the footage. Adding to it, he said that once he pitched this idea to her, that's when she jumped on it, spoke to her mom Kris and it was out of his hands from thereon.

He recalled,  “Once I pitched the idea to her, just playing around a little bit, that’s when she jumped on the idea, talked to her mom and it was out of my hands from there.”

To conclude, Ray J, who was in a relationship with Kim from 2003 to 2006, claimed that the tape was never in his possession with him and said, "I've been walking on eggshells thinking I'm going to get in trouble for telling the truth and I've been holding onto it for the past 14 years and watching them humiliate me. They're celebrating my destruction." He even unveiled a list of his private chat with him in which he depicted how he was vehemently denying what was being shown in the sex tape while Kim stated that it was just a sarcastic joke. Take a look at the alleged chat between Ray J and Kim.

In January 2022, Kanye west made serious claims that there was a second sex tape involving Kim and her ex-boyfriend, rapper Ray J that hasn't been released.  He shared that he had received possession of a laptop with another footage of the former lovers' intimate moments. Kim has now responded and denied her ex-husband's claims. However, as per a report by People, Kim's representative issued a statement dismissing the claim that there was a second tape. Her team shared that after 'review', they concluded that there was 'nothing sexual' in the footage. They stated that it only featured moments from their flight journey to Mexico when the sex tape was shot, and time spent by the couple at a club and a restaurant.