'Anupamaa' fame Rupali Ganguly uploaded a reel, in which she can be seen grooving with Sara Ali Khan to her latest number, 'Chaka Chak' from 'Atrangi Re' 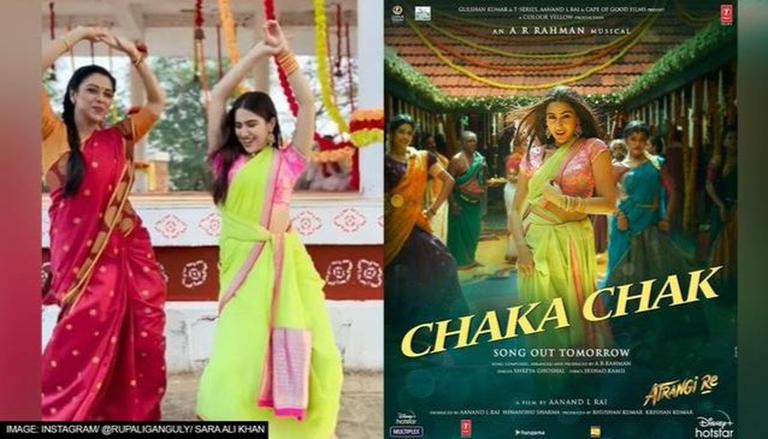 
Anupamaa fame Rupali Ganguly uploaded a reel on Saturday, in which she can be seen grooving with Sara Ali Khan to her latest number, Chaka Chak from Atrangi Re. The duo matched steps as they aced the choreography. The Bollywood actor's upcoming film will also feature Dhanusha and Akshay Kumar in lead roles and will be helmed by Aanand L Rai.

Chaka Chak is one of Atrangi Re's most recently released songs, that took the internet by storm after its release. Sara Ali Khan, who plays Rinku in the film wore the same outfit she is seen in the music video and donned a pink and neon green saree for the performance. Sharing the reel Rupali Ganguly called Sara the 'chaka chak girl in the chaka chak outfit'. She wrote, "Grooving to mere bhai ki chaka chak choreography with the chaka chak girl in the chaka chak outfit ❣️ Anupamaa with the sweetest and the most down to earth gorgeous girl." The actor also reshared the reel on her story and Sara wrote, "When Anupamaa meets Rinku. Then Atrangi #chakachak toh banta hai." 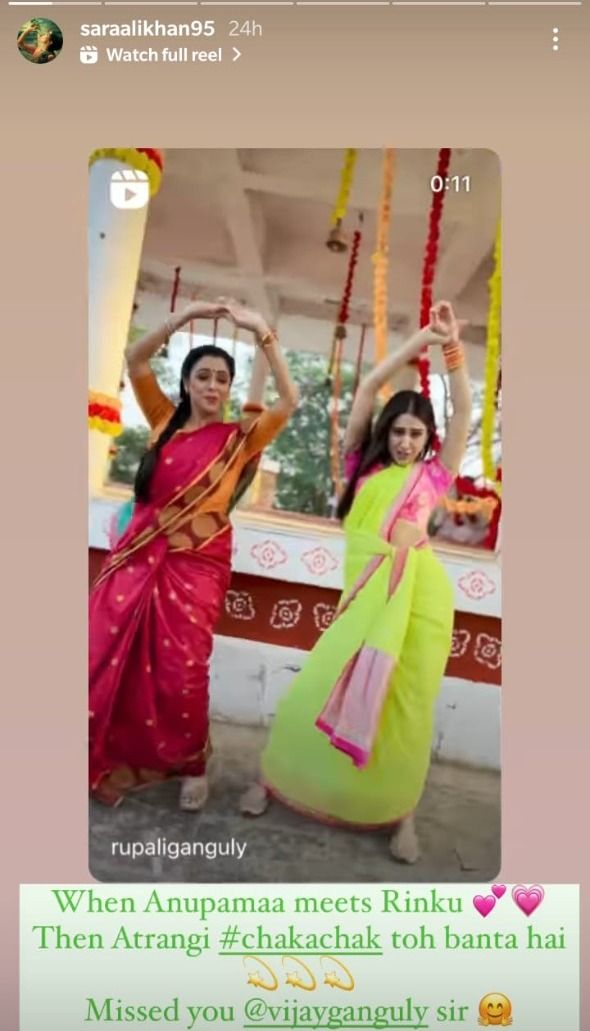 This is not the first time Sara Ali Khan has grooved to the hit song with a celebrity. She recently grooved to the number with her Simmba co-star Ranveer Singh. Sara was seen in a green and pink salwar suit, while Singh wore a white t-shirt with a black leather jacket. She wrote, "Super Duper Ultra Cool @ranveersingh. Proving yet again why he’s King. Thank you so much for this. Missed dancing with you."

READ | In Pics: Akshay Kumar, Sara Ali Khan stun in black as they promote 'Atrangi Re' at TKSS

Apart from grooving with celebrities to the song, the actor also danced with paparazzi. Sharing a video of the same on her Instagram story she wrote, "ChakaChak, dancing with those who always make me feel Chaka Chak." The paps joined the actor and matched moves with her to the hook step of the song and the internet fell in love with the short clip. 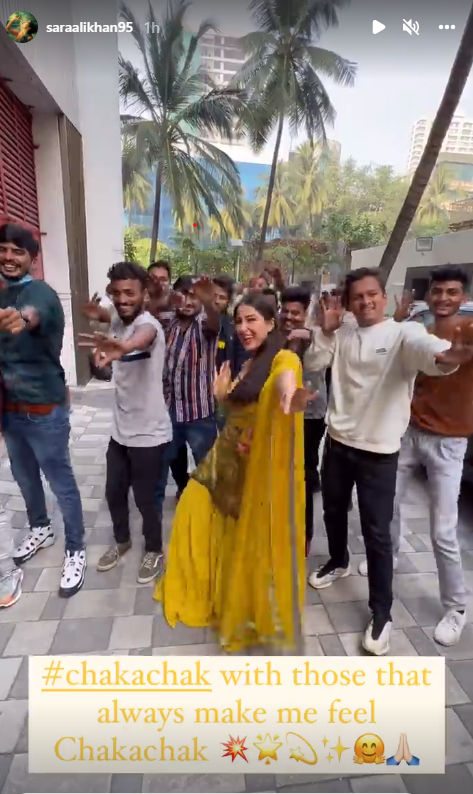 Atrangi Re will see Rinku and Vishnu (Dhanush) tie the knot forcefully. However, as they reach Vishnu's village, they decide to part ways. Akshay Kumar takes on the role of magician Sajjad Ali, who soon becomes Rinku's love interest. The film will release on December 24 on Disney+ Hotstar.