Shaheer Sheikh On Playing Sushant's Character In 'Pavitra Rishta 2': "It Was Pressurising"

Actor Shaheer Sheikh recently opened up about having jitters while stepping into the shoes of Sushant Singh Rajput in 'Pavitra Rishta 2'. Read on to know more. 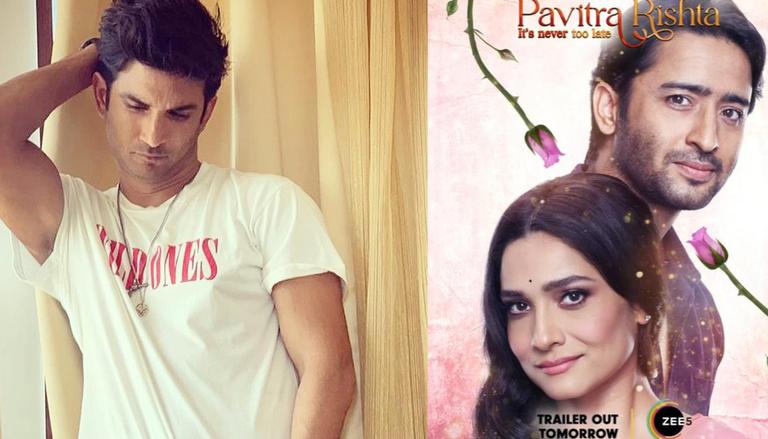 
Makers of the upcoming television show Pavitra Rishta 2 shared the trailer and gave a glimpse of reel characters Manav and Archana. Though the fans have been missing late actor Sushant Singh Rajput who played the role of Manav, however, they have been lauding Shaheer Sheikh for his earnest performance. The ZEE5 original will be an eight-episode web series where Ankita Lokhande will be seen reprising her character as Archana.

For Shaheer it was a great opportunity to step into the shoes of Sushant but, he was equally skeptical whether his ardent fans would accept him in the role. The actor during a press interaction revealed that he had jitters and great pressure before playing the role. “Initially I was really nervous and not sure but as I started understanding Manav, I think I became him. When I saw myself for the first time on screen, I couldn’t believe it was me. He is so pure and I think the (most) earnest character I have played on screen. There is so much to be loved about him that I too fell in love”, Shaheer said. He added that Manav is too nice, and he has been inspired by him to become a better person altogether.

He also said that he wanted to give his 100 per cent to the role so that he could win the hearts of people through his skills. “It was pressurising as I wondered if people would accept me or not. However, I knew that if I give 100 per cent, I am sure I will swim through. And then the response that people will have is not in my hands”, he opined during the press interaction.

Starting September 15, Pavitra Rishta 2 will stream on ZEE5. Manav in the original series and now even in the new trailer is seen expressing his emotions and even crying without shame. The trailer saw Archana and Manav leading a simple life in Mumbai as their paths eventually cross. In the caption, Ankita wrote, "Pyaar aur Parivaar ke beech mein Archana aur Manav kisse chunenge?"