Watch Shaheer Sheikh bust some moves while practising with his co-star, Sana Saeed for their then-upcoming music video. See the full article below. 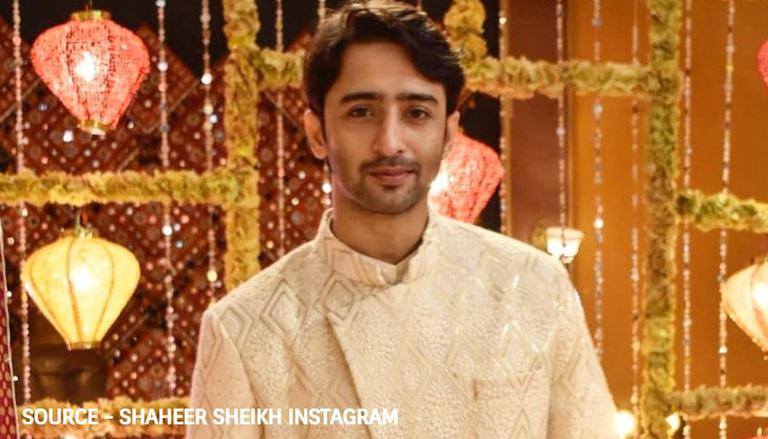 
Indian television actor, Shaheer Sheikh, has appeared in a number of Hindi tv shows and Indonesian tv shows. Shaheer Sheikh's shows include his roles as Anant in Navya..Naye Dhadkan Naye Sawaal, the warrior prince Arjun in Mahabharat, Dev Dixit in Kuch Rang Pyar Ke Aise Bhi and Abir Rajvansh in Yeh Rishtey Hain Pyaar Ke. In addition, Shaheer has also appeared in several music videos, his last one being for Palaash Muchhal and Amit Mishra's song, Ab Kya Jaan Legi Meri.  The music video was released on December 24, 2020. Sometime before the release of the music video, Shaheer Sheikh was seen practising his moves along with choreographer Saurabh Prajapati and co-star Sana Saeed, in a BTS. He shared the video on his Instagram handle along with the hashtag, "MadFun" and tagged the rest of his crew, including Saeed, on December 12, 2020.

Shaheer Sheikh's videos have often featured the actor showing off his amazing dance skills. In the video, Shaheer could be seen dancing with Sana Saeed and Saurabh while the song Qismat Ki Hawa Kabhi Naram could be heard playing in the background. Shaheer shows off quite a few hilariously quirky moves in the video as well. Take a look at Shaheer Sheikh's Instagram post from December 2020, below.

Shaheer Sheikh's post on Instagram from December 2020 was because the actor was about to then appear in a music video for Palaash Muchhal and Amit Mishra's song, Ab Kya Jaan Legi Meri. The music video also featured actresses Rashami Desai and Sana Saeed, along with singer Palaash Muchhal. The video has received over 11 million views since it's release, with many fans praising Sheikh's performance. Take a look at the video below.

Shaheer Sheikh who is well known for playing Dev Dixit in Kuch Rang Pyar Ke Aise Bhi, is all set to reprise his role in an upcoming third sequel to the show. The show originally starred Erica Fernandes who will also reprise her role for the reboot. The tv series will air in a web-series format and will be broadcast on SONYLIV. The show is slated to go on floors soon and was delayed from its original schedule of April 2021 due to the COVID-19 pandemic.

READ | Here's where Shaheer Sheikh finds 'Sukoon' & it is not with wife Ruchikaa Kapoor: Watch