Actor Shaheer Sheikh recently took to his Instagram handle & shared a throwback picture which has left netizens including his wife surprised. See the post here.


Shaheer Sheikh is one of the most popular TV actors. The actor is also quite active on social media. He regularly shares updates about his life and works for his social media family. Recently, the actor took to his official Instagram handle and shared a throwback picture of himself. The picture gives his fans a glimpse of his amazing physical transformation. For all the people who are wondering about Shaheer Sheikh's transformation, here is a look at his Instagram post.

Shaheer Sheikh gives a glimpse of his 95 kg self

The actor shared a picture of himself when he weighed 95 kg. The actor is seen in a bulky avatar as he posed for the cameras. Shaheer Sheikh is seen sitting comfortably on a bike wearing a casual blue t-shirt. He accessorised his look with clear glasses as he smiled for the camera wearing a helmet. The actor is known for his lean and toned physique. This throwback picture is now doing the rounds on the internet as it sees him in a never seen before avatar. Shaheer Sheikh captioned the post by simply saying, “95kg #flashback”. Here is a look at Shaheer Sheikh's throwback picture.

As soon as he shared the picture on his Instagram, netizens flocked the comments section of the post. Shaheer Sheikh's wife Ruchikaa Kapoor also praised the actor for his amazing transformation. She expressed her awe by simply writing, “Whoaaaa”. Her comment is liked by 917 people till now. Actor Gautam Rode was also one of the celebrities who dropped in comments on his Instagram post. Gautam Rode called the Mahabharat actor ‘Heavy Duty’ for his 95 KG picture. Another actor Lata Saberwal also commented by saying, “Unbelievable!!” Here is a look at how Shaheer Sheikh's wife and others reacted to his throwback picture. 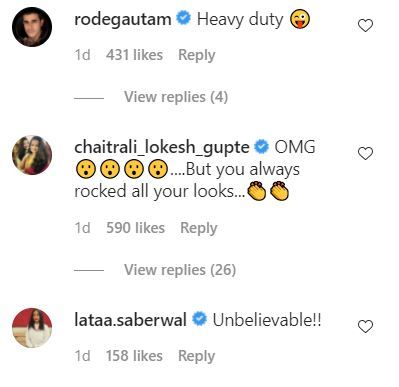 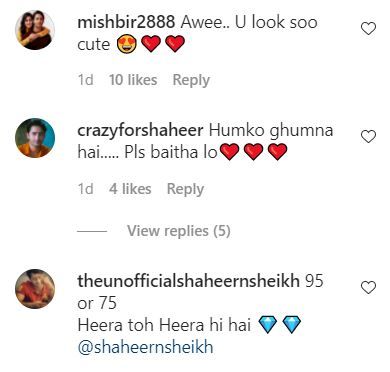 Shaheer Sheikh then and now

Shaheer Sheikh then and now pictures will leave a lot of people surprised. The actor sported a bulky look a few years ago but he is now in very lean shape. He regularly shares his pictures giving his fans a glimpse of his fitness and toned physique. He had recently shared a picture from his Mahabharat days. He played the role of Arjun and had long hair. Here is a look at Shaheer Sheikh's photos that show how the actor has transformed over the years.