'Shakti - Astitva Ke Ehsaas Ki' is a daily soap that airs on Colors TV. Check out what happened in Shakti's latest episode which aired on June 8, 2021. 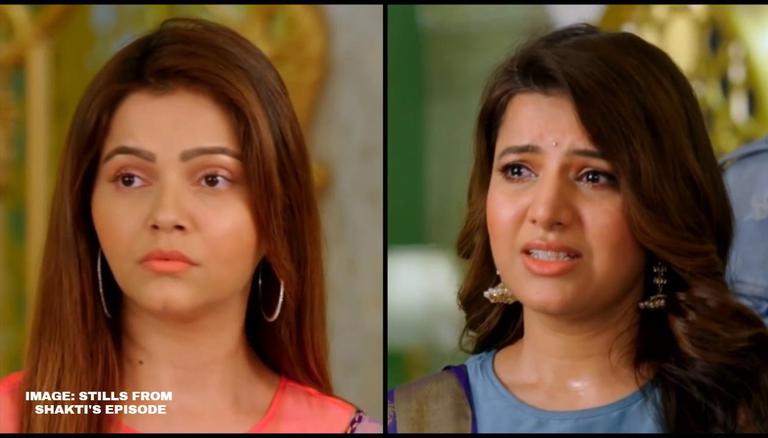 
Shakti's latest episode shows Angel trying to make a deal with Sant Baksh to make Heer disappear. Soumya suspects how could Mahi change her mind for Harman overnight after fighting for him for so many years. Harman plans a big surprise for Soumya. Read the entire written update for Shakti's 8 June episode-

Shakti's latest episode starts with Sant Baksh interrogating Angel and Daljeet at the police station. Daljeet tries to gain sympathy as his son but Sant Baksh tells him to not call him his father anymore. Angel tells Sant Baksh he may be angry with this son but what about Virat. She tells him even if he finds Heer, will he be happy seeing him living with a Kinnar forever. Harman tells Mahi she can stay in the house if she wants and he will support her. Mahi then requests Preeto and Harak Singh and Preeto tells her not to plead in front of her. Harak Singh tells her she has won his heart today. Mahi apologizes to Soumya and Soumya forgives her and says thank you. Sant Baksh yells at Angel as to how could she make an offer with a police officer. Angel joins her hands and says she will make all his problems disappear and no one will even come to know about her plans. Angel thinks if he will get trapped in her plan.

Soumya remembers all the times Mahi has tried to get Harman over years. She thinks Mahi has been fighting to get Harman for so long then how can she change her mind now. Harman comes to her and says they will now finally be together. Soumya says she cannot believe Mahi. Harman says they have seen bad times for so long that when they saw something good they cannot believe it. Soumya counters Mahi was about to kill herself for him and how can she suddenly change her mind. Harman says maybe she understood after these many years that he belongs only to Soumya. He tells her to forget that and takes her to show a surprise and asks to shut her eyes.

Mahi comes in between Harman's surprise

Harman walks with her but Mahi comes in between and they stop. Soumya opens her eyes and Mahi apologizes to disturb them. She tells them God has blessed them with great happiness and she will pray that they get her share of love as well. Mahi walks away with a disturbing expression and Soumya stares at her. Harman asks Soumya to come quickly with him for the surprise. He takes her to the room and shows her a room decorated with candle lights and a saree for her on the bed. He tells her only he knows what color of saree suits her best and asks her to try it on. Soumya comes out after changing, but does not find him in the room. She sees a gift on the dressing table along with a note. The note says he has left an even more beautiful gift in the box and she should wear that and come to the garden.

Mahi looks at Soumya opening the gift from outside. Soumya walks out after wearing the earrings and Mahi gets furious looking at the candles and flowers in the room. Soumya goes to the garden and sees all the trees decorated with fairy lights and flowers laid on the ground. She finds a heart-shaped flower decoration with the words "I love you" written with pink flowers. Harman comes from behind a tree and Soumya looks at him and smiles. Harman showers flower petals on Soumya and she gets surprised. He looks at her with a smile and walks towards her. They get closer and Harman says after losing her for so many years, he has finally got her and he cannot control his happiness. He narrates a romantic poem for her.