'Shaurya Aur Anokhi Ki Kahani' May 7 written update: Anokhi trying to reach Babli by all means only to find her beaten and crying on the floor of the room. 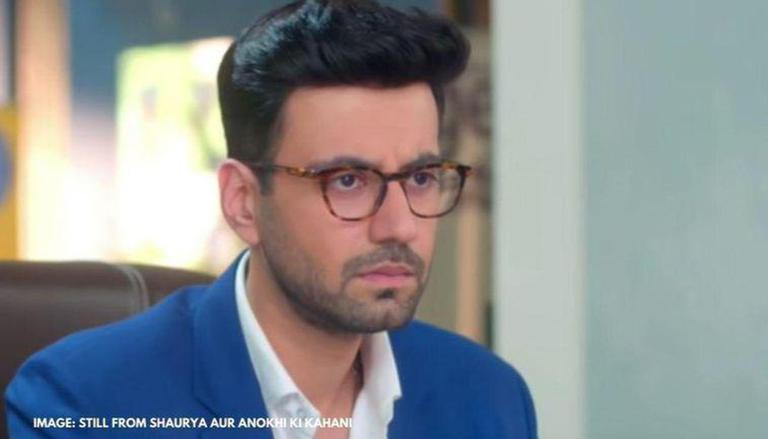 
Shaurya Aur Anokhi Ki Kahani’s latest episode begins with Devi asking everyone there to take some action to find Shaurya. Tej claims that they have filed a report, but they will not begin an investigation until 48 hours have passed. Shaan becomes agitated, and Aastha attempts to calm him down. Shaan asks Tej to use his clout to track down Shaurya. Shaan is consoled by Aastha, who advises him not to give up hope. Devi announces that she will question Anokhi. Shagun claims she has already done so, but Devi claims they need to get the truth out of Anokhi because she is a tight-lipped woman. Aastha defends Anokhi, claiming she isn't that kind of person, but Devi continues to insult her. Devi claims she is unconcerned about everything and simply wants Shaurya back. She goes to locate Shaurya and question Anokhi. Read on to know what happens in the Shaurya Aur Anokhi Ki Kahani 7 May written update.

Anokhi requests Shaurya's room key, which she intends to use to rescue Babli who is in the room next door The receptionist does not agree to give her the keys. Anokhi is concerned about Babli and agrees to tell a lie to protect her. She pretends to be Shaurya's lover and says she is there to decorate the room and surprise him. The keys are handed to her by the receptionist. Devi arrives with Tej and others, as Anokhi tries to sneak in. She inquires as to where Shaurya is but Anokhi responds that she has no idea. Devi is not convinced. Devi sees the keys in Anokhi's hand and inquires as to what she was doing using Shaurya's room keys in Shaurya Aur Anokhi Ki Kahani’s latest episode.

Shaan, on the other hand, holds Anokhi responsible for Shaurya's disappearance, but Aastha claims that Devi released a statement without consulting Shaurya. He just left because he was angry with Devi, she claims. Gayathri receives a call out of the blue. She attends and is taken aback. Shaan answers the phone as well. Devi inquires as to why Anokhi has Shaurya's keys. Anokhi responds and walks away, unconcerned with anyone. Anokhi walks into the room and is immediately immersed in Shaurya's memories when he sees his belongings. She regains control and decides to concentrate on her job. She takes advantage of the balcony and scales Babli's suit. She is taken aback when she discovers Babli weeping on the floor, bruised and battered. Babli trembles in terror as she picks her up. They are about to leave when Vineet arrives. They're both taken aback.