Shivangi Joshi, the Yeh Rishta Kya Kehlata Hai star received tons of love and good wishes from the fans on the occasion of her birthday. Check it out. 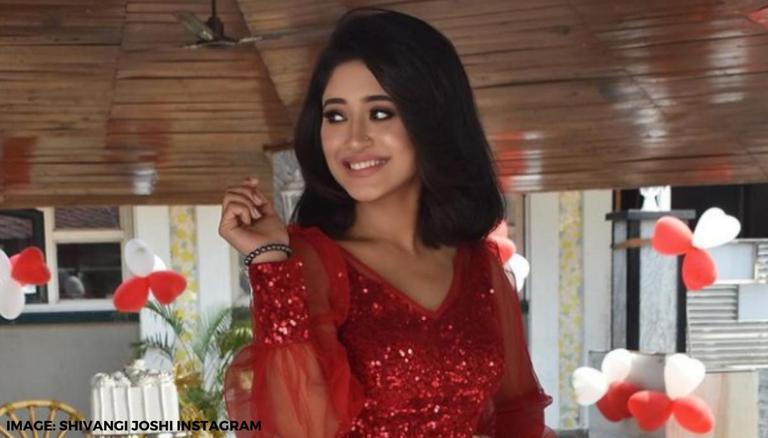 
Shivangi Joshi is one of the famous actors from the Hindi television industry who turned a year old on May 18, 2021. The Yeh Rishta Kya Kehlata Hai actor not only received amazing birthday wishes from her family and friends but also from her fans through social media. Many of her fans even shared heartfelt birthday notes on the occasion of Shivangi Joshi’s birthday.

On the occasion of Shivangi Joshi’s birthday, many of her fans took to their Twitter handles to trend the hashtag #HBDShivangiJoshi, with some heartwarming wishes for the actor. One of the fans stated how she was a beautiful and talented girl and wished her a happy birthday while other fans wished that she would rise and shine with sound health, love, and happiness and also wished for her continued success. One of the fans also dropped in a couple of photos of the actor standing with her fans and stated how she earned that crowd through her hard work. They even stated how proud she must’ve been feeling on receiving the love. One of the other fans also complimented her by stating how she was a simple girl, an irresistibly charming person, and a true inspiration for her fans. They then wished for her year to be filled with loads of fun, excitement, and beautiful memories.

As her role in the show, Yeh Rishta Kya Kehlata Hai is a huge hit among the fans, they even mentioned how her character won millions of hearts and added how they love her. Some Shivangi Joshi’s fans also mentioned how her talent was one of the things that they admired about her and also stated how her dedication and her wholehearted excitement in learning something new and bringing out the best was definitely appreciable!. There was also a fan who shared a screenshot of how Shivangi Joshi’s birthday was trending on number 8 and added how the queen was slaying in style while another fan praised her on how she was a lovely girl with a golden heart and a cute face. They even stated how she always received love from the ones who got to know her and stated how she was charming. Have a look at some of the fans’ reactions to Shivangi Joshi’s birthday.

You are a simple girl, an irresistibly charming person and a true inspiration for your fans like. May your year filled with loads of fun, excitement and beautiful memories

Wishing this Beautiful and Talented Girl A Very Happy Birthday!!@shivangijoshi10

You see the crowd behind her? Yes that’s what exactly she has earned from her hard work! If we fans can get emotional by seeing this picture then just imagine her reaction, how proud she would have felt! You deserve all the love girl <3

A Character who won million of hearts.✨
We love you Naira !! Shivangi Joshi will always be remembered as Naira
HAPPY BIRTHDAY SHIVANGI#HBDShivangiJoshi @shivangijoshi10 pic.twitter.com/msZojO0Ovn

One of the best thing I admire about you @shivangijoshi10 is, you are so talented girl. Multi talented. Your dedication and your whole hearted excitement in learning something new and bringing out the best, is definitely appreciable! #HBDShivangiJoshi
HAPPY BIRTHDAY SHIVANGI pic.twitter.com/aLt1QDPhcE

#HBDShivangiJoshi
a lovely girl with gold heart and cutie face 👸
effective, hard working ..
always showered with love of anyone got to know her as she has a charming character..

READ | 'Anupamaa' star Rupali Ganguly gets nostalgic birthday wish from Shivangi Joshi
READ | Shivangi Joshi's quiz for fans: Can you guess the show with description of her character?