Back in date, Dheeraj Dhoopar had taken part in the lipstick rebellion to show his support for gender equality during the release of Lipstick Under My Burkha.

Back in July 2017, Dheeraj Dhoopar had taken to Instagram to raise his voice against gender inequality all the while promoting Ekta Kapoor’s film Lipstick Under My Burkha. Dheeraj Dhoopar had posted a picture of himself posing in front of a mirror with a red lipstick in his hand. He could be seen intensely staring into the mirror while clutching onto the vial of lipstick showcasing utmost confidence. It is a message of solidarity with all those who have been fighting for ages for gender equality in our society, according to the caption and the theme of the film that he is promoting.

In his caption, Dheeraj Dhoopar said that he did not think that women should have to fight with men and society to prove that they are equal to men as he felt that women were superior to men on all accounts. He also boldly said that “real men” know that women are superior to men and they accept this as a fact. He further stated that a “real man” will appreciate all the strong women in their lives and aid them in their endeavours. He also stated that any man who did not understand the value of a woman or agree with him could take the vial of lipstick for himself.

After offering his support to the movement, Dheeraj Dhoopar’s Instagram post saw him offering his congratulations to Ekta Kapoor who had produced the film, Lipstick Under my Burkha. He thanked Ekta Kapoor for bringing a film like Lipstick Under My Burkha to light and said that he was proud of her and the film. He also urged all of his fans and followers to go and watch the film in the theatres when it would release, as it was a ‘must-watch’. He called it the ‘Lipstick Rebellion’ to bring about a change. 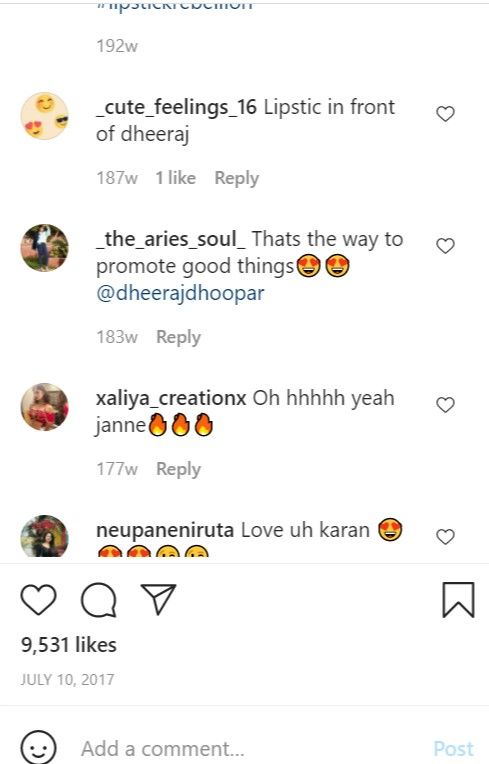 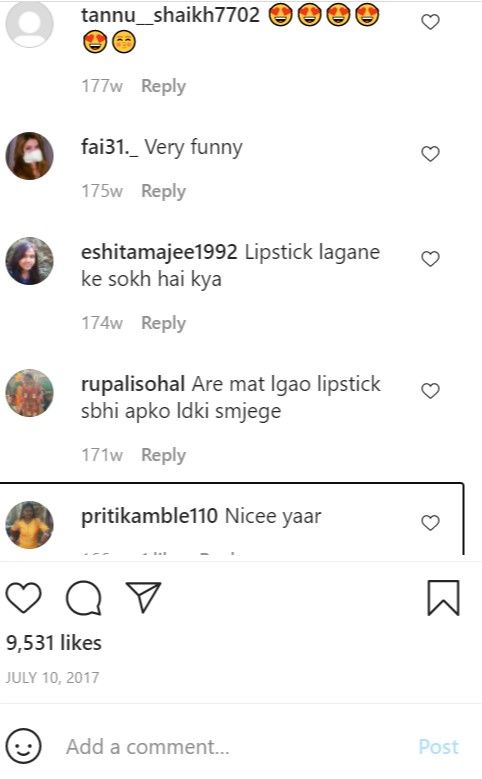 There was quite a mix of opinions in the comments section of the picture. While some of Dheeraj Dhoopar’s fans lauded him for being part of the movement, others said that a man should not be posing with a lipstick. One commenter said, “Thats the way to promote good things”. On the other hand, another person commented saying, “Are mat lgao lipstick sbhi apko ldki smjege” (if you apply lipstick everyone will think you are a woman).