When Harrdy Sandhu Revealed The Secret Behind His Swift Dance Moves

In an interview, actor-singer Harrdy Sandh spoke about the secret behind his dance moves and the growing popularity of Punjabi music. 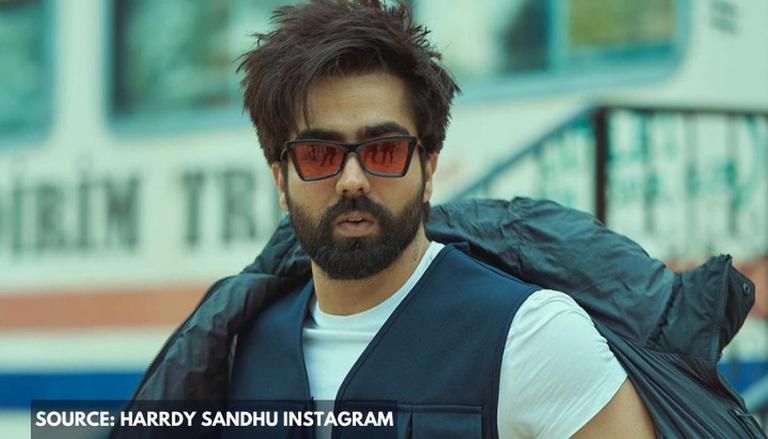 Songster Harrdy Sandhu’s life story boasts an interesting career path. From a sportsman to emerging as a renowned pop star, Sandhu’s journey is quite inspiring. His peppy music tracks are quite famous among the masses. Also, the fans admire Sandhu’s dance moves in his music videos. However, on the contrary, the singer-actor believes that his dancing skills are “okayish”. Recently, we stumbled upon an old interview of Harrdy Sandhu where he revealed the reason behind his ability to dance well.

Harrdy Sandhu Opens Up On His Dancing Skills

In an interview with B4U, Harrdy Sandhu was quizzed about the popularity behind his dance moves and his contrary views regarding the same. Harrdy shared that he had never learnt dance professionally and thus he believes that his moves are quite “okayish”. However, he revealed that he practised bhangra a lot during his school time and that might be a reason behind his good dancing skills.

“I always tell people but no one believes me, I haven’t learnt dance professionally. I’m good at rattafication (memorising). Also, I practised bhangra a lot during my school days,” Harrdy was quoted saying. He also shared that for the song Naah he just invested fifteen days to train for the dance moves. Also, for the track Kya Baat Ay, it took him three days to get the moves right.

READ | DYK Harrdy Sandhu has several hit songs but THIS song is his favourite track among all!

His Take On The Wave Of Punjabi Music

Also in the interview, Harrdy talked about the popular wave of Punjabi music that is being loved by everyone. He shared that there’s no specific formula as such but there’s a “happy melody” and “groovier beat” in all the songs. Harrdy also pointed out that a good blend of western music and Punjabi vocals might be another reason behind the rising popularity.

“I guess all of us (Punjabi singers) westernized the Punjabi music. So the blend of western music and Punjabi vocals might be a reason behind it (popularity),” Harrdy said.

On The Work Front

Meanwhile, on the work front, Harrdy’s music video Titliyaan Warga has marked the milestone of 110 million views on Youtube. Also, he will be making his Bollywood debut alongside Ranveer Singh in the film 83. Harrdy will be essaying the role of veteran cricketer Madan Lal