Who is Justin Narayan? Take a look at who the Indian-origin chef from Perth is who won the 13th season of the popular cooking show MasterChef Australia 13. 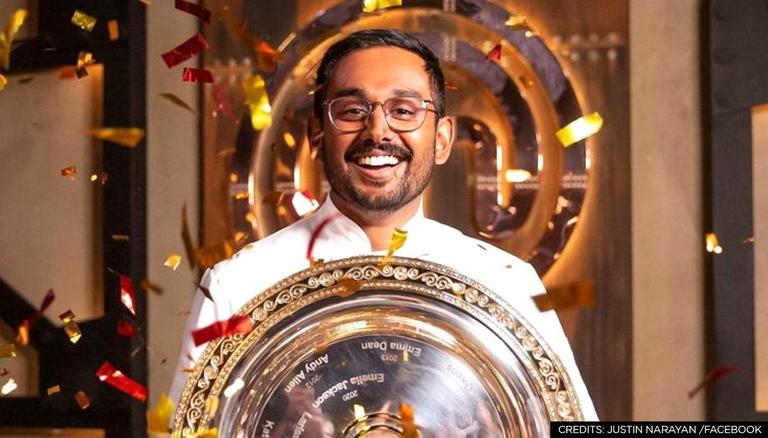 
Taking home the ultimate trophy and a large sum of prize money, Justin Narayan made India proud after becoming the second Indian origin winner on MasterChef Australia 13. The chef not only represented the country but also served a variety of delectable cuisines to the judges and viewers. Fans are curious to know more details about the Fijian Indian who won the ultimate cooking championship in Australia.

Who is Justin Narayan?

The 13th installment of the popular cooking reality show MasterChef Australia 13 saw many passionate cooks trying their hand at winning the ultimate title of the 'Masterchef' and a prize amount of $250k. The had audience witnessed an Indian-origin chef Sashi Cheliah win the tenth season of the show. Perth resident Narayan has now bagged the title after going up against fellow competitors Pete Campbell and Kishwar Chowdhury.

The enthusiastic chef started cooking at a young age of 13 and was heavily influenced by Indian and Fijian cuisines which reflected in his journey on the show. The contestant faced a steady climb in his popularity throughout the show, however, his dishes like Chicken Tacos, Charcoal Chicken with Toum, Pickle Salad, and Indian Chicken Curry contributed to his fame and recognition among the judges and viewers.

What are Justin Narayan's future plans?

According to Firstpost, the 27-year-old chef wants to run a food truck or restaurant while serving Indian dishes prominently on his menu. Narayan said that he would also like to include the dishes that he grew up eating. Adding to the list of things he wants to do, Narayan also wishes to donate an amount from his earnings to fight against poverty in India. Quite active on social media, the young chef owed his cooking skills to his mother who taught him to always offer food to people even when he does not have enough to give. A post about this was added on his Instagram page. Take a look:

READ | MasterChef Australia judges love Kishwar’s khichuri, Jock wishes ‘to be one of her kids’

Who is Justin Narayan wife?

The young chef is engaged to a young woman named Esther. The couple had been dating for over two years before Narayan popped the question. Justin Narayan's fiance Esther is a swim coach and instructor at The Swim School WA. She also made an appearance at the reality show.