'Yeh Hai Chahatein' June 29, 2021 full episode sees Sulochana calling off the wedding because of the way in which Chachaji accuses Rudra of fraud. 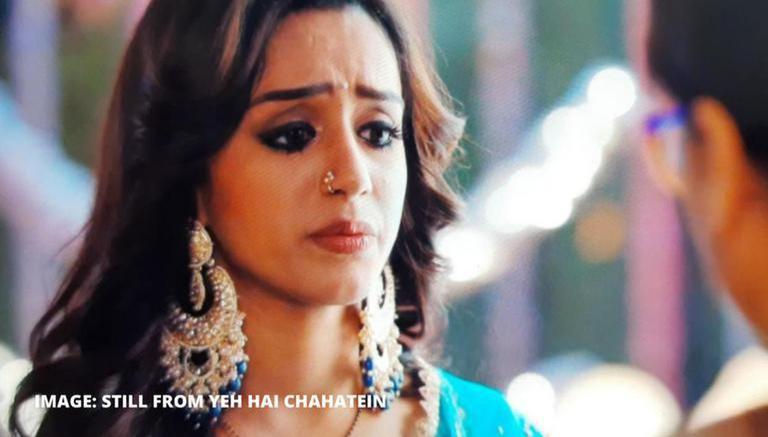 
Yeh Hai Chahatein June 29 2021 full episode begins with Preesha being told that the technician is sending her the footage of the CCTV from the study room. Preesha goes into the room to see the footage and get to the end of things. She is shocked to see that the video shows Rudra with the laptop. Chachaji, who is passing by, also sees the footage and rushes towards Rudra in a rage. Preesha tries to stop him and tells him that it is not possible that Rudra would have done something of the sort. Chachaji does not listen to her and storms out. Read on to know what happens in the Yeh Hai Chahatein 29 June full episode.

On the other hand, Sulochana comes towards Devika with a basket full of gifts. As she is going to present it to her, Chachaji comes in and says that they did not need these gifts as these have been bought with their money which Rudra has stolen. Rudra is shocked and asks Chachaji to think before speaking and use his knowledge and experience before making accusations. Chachaji says it is not possible for Rudra to buy all those gifts for Devika with his meagre salary. Rudra says he has been keeping quiet because of Chachaji’s seniority but now it was too much for him to bear. Sulochana agrees and says that the marriage is off as the family did not respect them and were accusing them of something really big. They leave.

Devika starts crying profusely. Preesha runs out behind Rudra and his family and begs them not to leave. Sulochana tells her that she has ruined her son's life and now she has also broken his marriage. Rudra says that Preesha had purposely shown the video to Chachaji because she was in love with him and did not want him to get married. He says that she has once again tried to hurt him to get her way. Preesha tries to explain but no one listens to her.

In the Yeh Hai Chahatein latest episode, Devika is absolutely shattered. She says now Rudra would never marry her and she could not love anyone else. She tries to take pills and end her life. Arman and Preesha save her at the last moment. Chachaji is still being adamant about not wanting to change his mind about Rudra.