Karan Mehra's wife Nisha Rawal filed a complaint with the Goregaon Police against him following an alleged brawl that occurred between them. 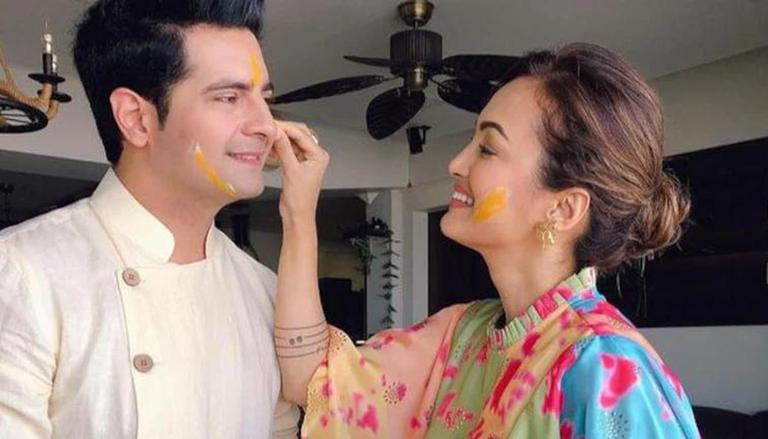 
Television actor Karan Mehra who played 'Naitik Singhania' in the highly-popular television show 'Yeh Rishta Kya Kehlata Hai' has been arrested by the Mumbai Police on charges of domestic violence on Monday night.

As per ANI, Karan Mehra's wife Nisha Rawal filed a complaint with the Goregaon Police against him following an alleged brawl that occurred between them. Following Nisha's complaint, a case of domestic violence was registered against Karan Mehra who was picked up from the house on Monday night. He has been arrested under Section 336, 337, 332, 504, 506 of the IPC and will be produced before the court today by the Goregaon police.

As per the latest development in the case, Karan Mehra has been granted bail on Tuesday morning, the Mumbai police confirmed.

#UPDATE | Actor Karan Mehra has been given bail by police: Mumbai Police#Maharashtra

The Karan Mehra arrested news comes shortly after the 'Yeh Rishta Kya Kehlata Hai' actor opened up on his alleged troubled marriage with Nisha. Karan, who had been in Punjab for his acting projects shared how the last two weeks had been very tiring and stressful for him.

The actor revealed that while shooting in Punjab he had come down with severe body ache and exhaustion which he took as a sign of COVID. After repeated negative tests, the actor returned to Mumbai where he tested positive for the virus after days. Additionally, the year had also been disturbing for him as he had lost a lot of his family members, close friends, and acquaintances to COVID-19.

"People my age are dying, some even younger. It’s so sad to see how difficult the situation is. It was disheartening to see how tough it is for everyone. Such news depresses you a lot and affects you," Mehra told Hindustan Times.

Dismissing the rumors of his marriage problems with wife Nisha Rawal, Karan had shared that his wife was taking care of him through COVID.

Even Nisha Rawal had just recently denied alleged problems in their marriage owing to Karan's numerous projects in Punjab dubbing them as 'not true'. Reports had suggested that the duo was unable to spend quality time with Nisha having to stay back in Mumbai to take care of their 4-year-old son Kavish.

Karan Mehra and Nisha Rawal first met in 2007 and have been married since 2011.