Annie Murphy's characters Allison and Alexis have something more connecting than just the first initial of their name. They also wear similar 'A' necklaces. 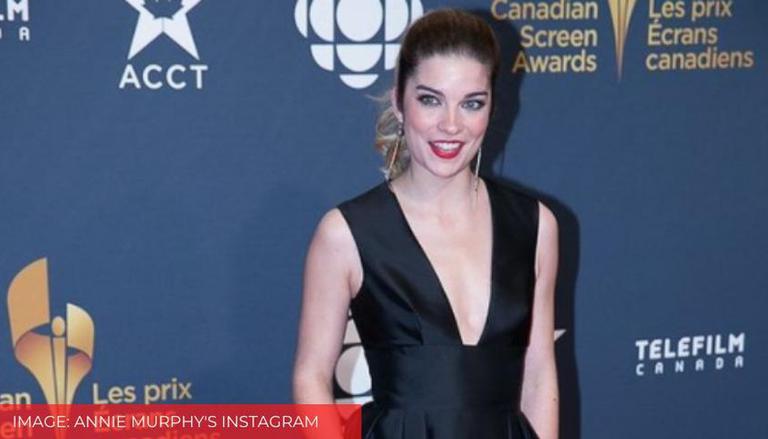 As mentioned in Yahoo UK, the costumes of Annie Murphy in Kevin Can F**k Himself are designed by Carol Cutshall. Annie Murphy had shown the team one of her most wonderful photos as a little girl with her own 'A' necklace. The creators and design team decided to add the letter A necklace purposely.

According to the portal, the design team was looking to make her someone who has jewellery no one would buy. Talking about the same, designer Carol Cutshall told the portal that she searched for jewellery that looked down enough and that they could make look tarnished and really, really sad. However, the designer also shared that they didn't address the 'A' necklace's link to Schitt's Creek.

READ | Allison Janney, Annie Murphy and Ben Platt to star in 'The People We Hate At The Wedding'?

During Valerie Armstrong's conversation with the portal, the creator confirmed that working with Cutshall to bring Allison to life was a treat. She said that Carol could express the vision for the show. Valerie and Cutshall agreed together to Annie Murphy wearing the A necklace because they thought it was kind of terrible.

More about Annie Murphy in Kevin Can F**k Himself

Annie Murphy in Kevin Can F*** Himself plays the lead role of Allison McRoberts. The dark comedy series also stars Eric Petersen, Mary Hollis Inboden, Kevin Chapman, Alex Bonifer, Candice Coke, among many others. Created by Valerie Armstrong, the show will be told from the point of view of a sitcom wife. Kevin Can F**k Himself is an eight-episode series, next episode premieres on June 20.