Bridgeton's Charithra Chandran recently revealed that she spent her entire life avoiding the sun due to colourism and for the fear of getting tanned. 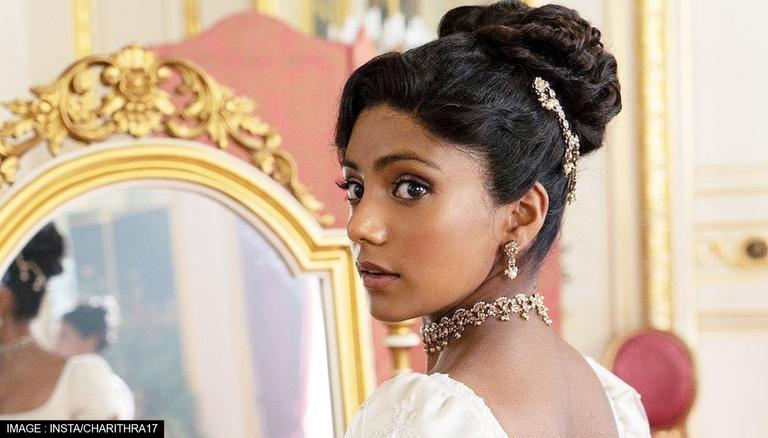 
After impressing the global audience with the first season, Bridgerton made a comeback with its premiere on Netflix on March 25, 2022. The series is all about the Bridgerton siblings led by Anthony and their journey through love and life in London. The show also garnered a lot of attention for its Asian representation.

Actor Charithra Chandran was seen stepping into the shoes of Edwina Sharma in the series and was applauded by fans for her praiseworthy performance. Recently, Chandran revealed that she spent her entire life avoiding the sun due to colourism and that now she has started feeling 'beautiful'.

In the latest interview with Variety, Charitha Chandran revealed that she has kept herself away from the sun all her life due to the fear of getting tanned. The actor stated "Coming to L.A., it was a profound moment because I spent my life avoiding the sun.I spent my whole life going outside with a hat on or being fully covered up so I didn’t tan. This is the first time in my life that I walked out and I was like, ‘I can feel it. I can tan.’ And I can feel beautiful. We’re in this position, and maybe people look up to us, I don’t know. But I am on this journey with all those young women, and it’s a daily struggle for me. I hope it’s not for them, but I can only assume that it is."

Further talking about her delight in seeing young girls embracing their culture, Chandran continued, "When you’re young and you’re an immigrant all you want to do is assimilate. All you want to do is fit in. And for me, that meant rejecting everything that made me special, everything about my culture. I’m getting so emotional but what makes me so happy is seeing young girls embracing their culture and seeing them wearing Indian jewellery and wearing bhindis and being so proud of who they are because that wasn’t my reality.”

The makers of the Bridgerton have already begun preparations for season 3. In a conversation with Entertainment Tonight, Shonda Rhimes and Chris Van Dusen promised that the forthcoming season will be more creative and the writers are already 'hard at work'. The duo asserted, "We got a little bit creative so we're already hard at work writing season 3. That is already in progress and you'll see. Give it time."