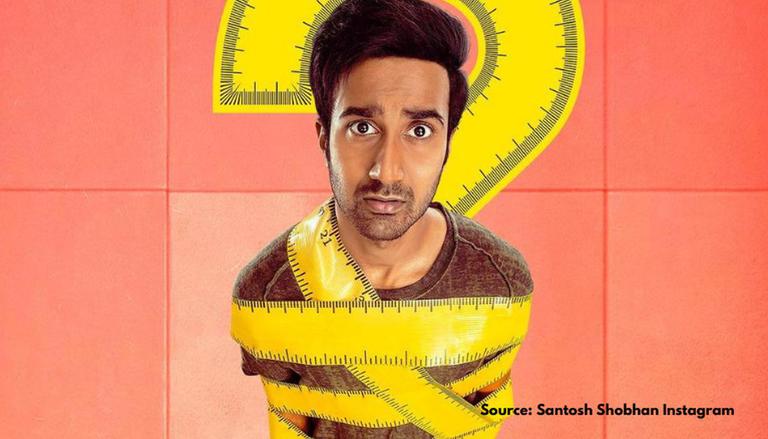 UV Creations unveiled the teaser for the movie Ek Mini Katha on March 11, 2021. The teaser was released on the auspicious occasion of Maha Shivratri at 9:30 a.m. The movie will be directed by Karthik Rapol and the story will be written by Merlapaka Gandhi. Satya G will be in charge of the editing. The movie is set to release in Summer 2021.

The movie's plot will focus on the lead character's insecurity towards the size of his private parts and will be based on the comedy genre. Ek Mini Katha's lead actor is Santosh Shobhan. The movie will also feature Kavya Thapar and Shraddha Das. Actors Brahmaji, Sudarshan, Sapthagiri and others.

Santosh Shobhan is the son of director Shobhan. He has studied Theater Arts at Christ University in Bangalore, Karnataka. Santosh has played many roles as a child actor. To follow in his father's footsteps, Santosh pursued a career in acting. He debuted in Ram Mohan P's movie Thanu Nenu, which released in November 2015. Santosh Shobhan is also well-known for his roles in Golkonda High School and Paper Boy.

It was reported in July 2020 that Santosh received his roles under UV Creations' due to the help of Radhe Shyam actor Prabhas. In the movie Ek Mini Katha, Santosh Shobhan plays the character of Shobhan who gets triggered by the words "big" and "small" due to his insecurities towards his private parts. The character is also shown as a major fan of Johnny Sins.

He falls for Kavya Thapar's character in the movie but feels intimidated yet again after hearing her say that she likes big things, as shown in the trailer. Santosh's friend is played by Sudarshan. He ensures to not let Santosh feel down and helps him get over his insecurities. The movie also includes Brahmaji who plays Santosh's father in the movie.

Some of Santosh Shobhan's movies

Santosh Shobhan plays the role of Gowtham in Golkonda High School. The plot of the movie focuses on the faculty and students of the school opposing the building of an IIT centre in the school's playground due to their lack of excelling in any sports. When a 'students vs teachers' match is declared, the students' team captain abandons them due to frustration. Gowtham steps up to take over the captaincy in the movie.

In the movie, Santosh plays the role of a simple paperboy, Ravi. He falls in love with a rich girl Dharani, who feels the same way about him. Societies standards create obstacles for the couple who want to have a life together.