FRIENDS: Who Was 'Smelly Cat'? Know All About Phoebe Buffay's Iconic Song

As singer Lady Gaga performed a duet on Smelly Cat, an iconic song of FRIENDS' Phoebe Buffay, here's all you need to know about the origin of the song. 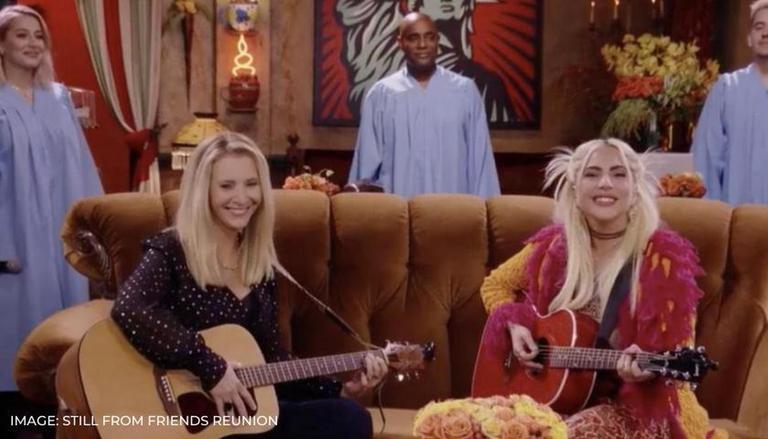 
On May 27, many across the globe took a trip down memory lane, as a special FRIENDS Reunion episode finally hit the digital screens. Among many others, actor Lisa Kudrow's performance on Smelly Cat with singer Lady Gaga became a highlight. Interestingly, on the micro-blogging site, netizens demanded that Lisa Kudrow and Lady Gaga's duet on Smelly Cat should be added to Spotify. On a related note, scroll down to know why Lisa Kudrow's song Smelly Cat is so special to fans and get a peek into Phoebe Buffay's famous song's origin.

Put it on Spotify already!

Who was Smelly Cat in FRIENDS?

Interestingly, Smelly Cat first appeared in the second season episode, titled The One With The Baby On The Bus, when Phoebe, played by Lisa Kudrow, mentioned the song in a conversation with Rachel, played by Jennifer Aniston. Later, in season 2's 17th episode, Phoebe made a professional recording of the song for a possible commercial release. And, then, the third time, the mention of the song featured in the 14th episode of the third season, titled The One With Phoebe's Ex-Partner. In the episode, a character played by guest star Elizabeth Daily uses the song as a jingle for a cat litter commercial.

Meanwhile, in the fifth season, when Phoebe met her estranged father, who revealed he sang a lullaby to her when she was a child, called Sleepy Girl, which eventually has the same melody as Smelly Cat. The episode had further established Smelly Cat as a fundamental aspect of Phoebe's life story. And, if you have ever wonder where Phoebe Buffay's famous Smelly Cat came from, Lisa had given an explanation of it back in 2014. While promoting her 2014 release The Comeback, Lisa Kudrow, on Reddit, had revealed that she had written the tune of the song.

READ | 'FRIENDS': All you need to know about 'FRIENDS' star Lisa Kudrow's net worth

Apart from performing the iconic song, the 57-year-old actor also made a few revelations in the special episode. Interesting, she shared that she has not watched the entire show. She added that one day, along with her husband Michel, she decided to watch Season 4 of the show, but she ended up being petrified as she gets mortified of watching herself on screen. The FRIENDS Reunion is available on HBO Max's streaming service. Note, for the Indian audience, the 104-minute-long episode is streaming on ZEE5.

READ | Did you know Lisa Kudrow learnt the guitar AFTER being cast as Phoebe Buffay in FRIENDS?