'Home Economics' Cast: Know The Actors Who Star In This Comedy Series

'Home Economics' cast is loved by the audience for their performance in the series. Read ahead to know more details about its cast and characters 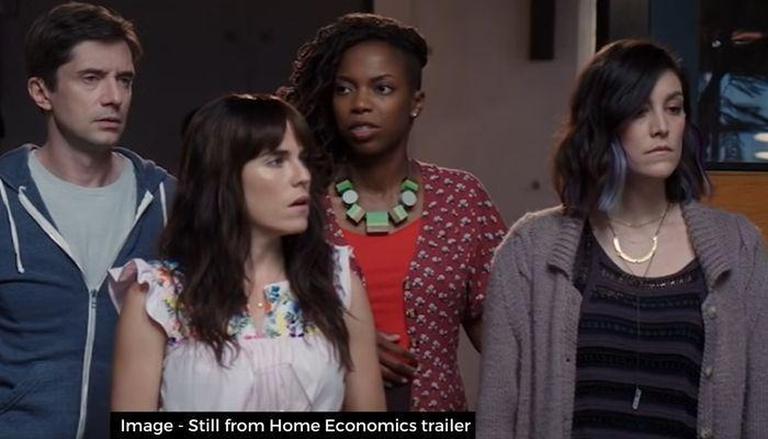 
American comedy series Home Economics has tickled the audience’s funny bone ever since it premiered on ABC Network on April 7, 2021.  It is created by Michael Colton and John Aboud. The plot of the show is inspired by Michael’s life and tells the story of three siblings who have different financial status’. They all realise that no one’s life is perfect and come together to help each other in every way they can. Here are all the details for all those who want to know more about the Home Economics cast.

Details about the cast of Home Economics

Topher Grace plays the role of Tom in the series. He is the eldest of all the Grace siblings. He is a middle-class author and his latest novel has only sold five copies. This has caused a financial crunch in his family. He is married to Marina and the couple has a toddler together. He is one of the funniest of the Home Economics cast.

Caitlin McGee essayed the character of Sarah in this comedy series. She is the middle sibling and a child therapist by profession. She lives in a very cramped apartment and is barely able to keep her head above the water. She is married to Denise and has two children with her.

Jimmy Tatro plays the role of Connor in Home Economics. He is the youngest of all the Grace siblings. Financially, he is the richest of the three and has recently purchased Matt Damon’s home. He likes to show off his house to his guests as well. When Sarah loses her job and Tom needs money, they both come to Connor to ask him for a loan.

Karla Souza plays the character of Marina. She is Tom’s wife and is a former lawyer. She encourages Tom during their financial crunch to take a loan from Connor.

Sasheer Zamata essayed the role of Denise in this comedy series. Denise is Sarah’s wife and she helps her manage the house. Denise motivates her to ask Connor to lend them a loan and also confess to the family that she just lost her job.