The South Korean drama, 'Hometown Cha-Cha-Cha', is riding high on success but having trouble with fans visiting the houses filmed in the drama. 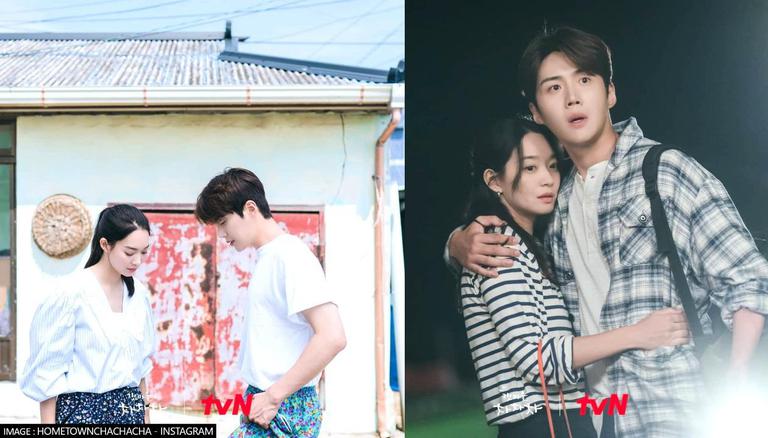 
Starring one of the biggest stars in the lead, Kim Seon‑ho and Shin Min, Hometown Cha-Cha-Cha is currently soaring high on television ratings locally as well as internationally. Billed as a light romantic comedy, the series offers the picturesque locations of a seaside town in the city of Pohang along with a glimpse into the small houses used in the film.

While the fans are enjoying the small-town homely feels in the drama, some are going too far by visiting the real-life locations in the drama.

Ardent fans of the series could not help but find themselves drawn towards the scenic seaside locations of Gongjin which is a city in Palang in real life. This has caused trouble to the families staying in the houses as they are receiving several guests after watching the drama. Addressing the situation, the producers of the series have issued a statement requesting fans to refrain from visiting and disturbing the residents.

The statement released by the Hometown Cha-Cha-Cha producers

According to Soompi, the statement initially thanked the fans for their overwhelming love and support for the drama. They made a request stating, ''Hello. This is the “Hometown Cha-Cha-Cha” production team. We would like to thank our viewers for giving us so much love, and we would like to make one request regarding visits to our filming location.". The producers continued, ''Hye Jin’s house, Doo Shik’s house, Gam Ri’s house, and Cho Hee’s house in the drama are spaces that we leased for filming purposes for the duration of our shoot, and at the moment, their owners are currently residing in those homes.''

Addressing the matter of fans entering the houses of the residents, the statement continued, ''They helped our drama out with good intentions, but they are currently suffering disturbances to their everyday lives because of visitors. For the reason described above, when you visit our filming location, we ask that you refrain from entering these houses.''

However, in order to treat their fans with traces of the drama in the real-life location, the makers decided to keep special souvenirs in the city. The statement read, ''Out of consideration for people who want to experience the afterglow of the drama, the city of Pohang will be keeping the squid statue at Cheongha Market and the boat at Sabang Memorial Park even after the end of filming. Once again, we thank you for giving your love to “Hometown Cha-Cha-Cha.”

The drama is a remake of Mr. Hong, a 2004 romcom. The series depicted Shin Min Ah's new journey as a dentist in a seaside remote village. Kim Seon Ho portrayed the role of Hong Doo Shik, a jack of all trades. The first episode of the drama was released on August 28 this year. According to a report from Korea JoongAng Daily, the series has landed itself on ninth position in the list of Top TV Shows on Netflix in the World as per a streaming analytics platform FlixPatrol.

WE RECOMMEND
'Penthouse: War In Life' Season 3 maintains top spot on list of Most Buzz-worthy Dramas
As Park Seo-joon joins 'Captain Marvel 2' cast, take a look at his other movies
'Hometown Cha Cha' to 'Hospital Playlist': Here's list of famous K-dramas to watch
Kim Seon Ho and Shin Min Ah exude 'frenemy' vibes in new teaser of 'Hometown Cha-Cha-Cha'
BTS, Stray Kids, ATEEZ and others drops Chuseok wishes for their fans; WATCH
Listen to the latest songs, only on JioSaavn.com