How Long Is The 'Friends' Reunion? Check Out Details About The Special Edition

The much-awaited special show is set to air on May 27 in India, on ZEE5. If you're wondering how long is the Friends reunion, here are some quick details. 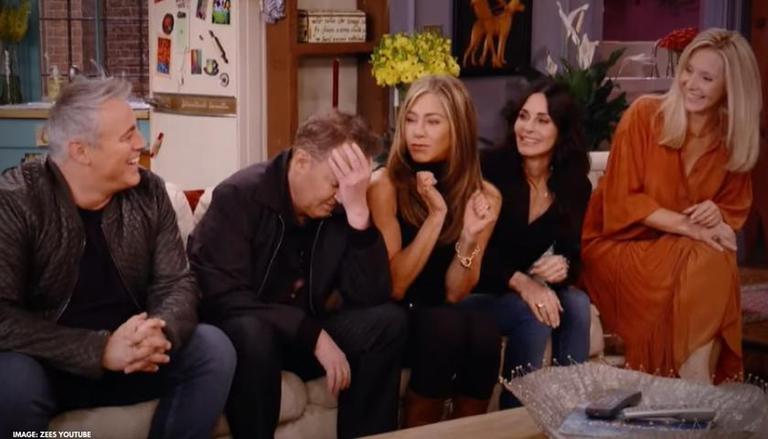 
After the makers of Friends dropped the much-awaited trailer of its reunion edition, the 2-minute-long video went immensely viral across the globe, and ever since then, fans' excitement is at its peak. The show, which had begun in 1994, became viewers' favourite and has been still followed by the audience. Wondering how long is the Friends reunion? Read on to know.

How long is the Friends reunion?

Jennifer Aniston, Courteney Cox, Lisa Kudrow, Matt LeBlanc, Matthew Perry, and David Schwimmer's Friends reunion length is for two hours, with Sky One's statement being, "It's the one we've all been waiting for. Emotions run high as the cast of Friends take one last trip to Central Perk to reminisce and relive moments from the iconic sitcom," according to express.co.uk.

How many episodes are there in the Friends reunion?

The report added that the reunion will only consist of one episode, which will feature the main cast. The episode will also give a sneak peek into how they get back to their set after years and relive old memories. Apart from this, the episode will feature a bunch of stars like David Beckham, James Corden, Lady Gaga, Justin Bieber, among others.

The reunion special is all set to release on May 27, 2021, on HBO Max in the US, whereas the UK viewers will be able to stream it on NOW from 8 am BST. Meanwhile, the show will also stream on Sky One at 8 pm BST. In India, the reunion will stream on ZEE5 at 12:32 pm.

Netizens have already cascaded to Twitter to share their excitement about the Friends show. A tweet read, "In 24 hours, our favourite show is back and we can't wait," whereas, another amused fan wrote, "Jennifer Aniston: It was in our DNA that we were family, we were going to take care of each other, it was without question." The hashtag "#Friendsreunion" has been trending on the micro-blogging site since May 26 night. It was on May 13 when the lead stars of the sitcom had shared the official news on social media, after a delay due to the pandemic.