How Many Episodes Are There In 'The Last Hour'? Know Details About The Show

The Last Hour premiered on May 14, 2021, on Amazon Prime Videos. Here is a list of how many episodes are there in the Last Hour which features Sanjay Kapoor. 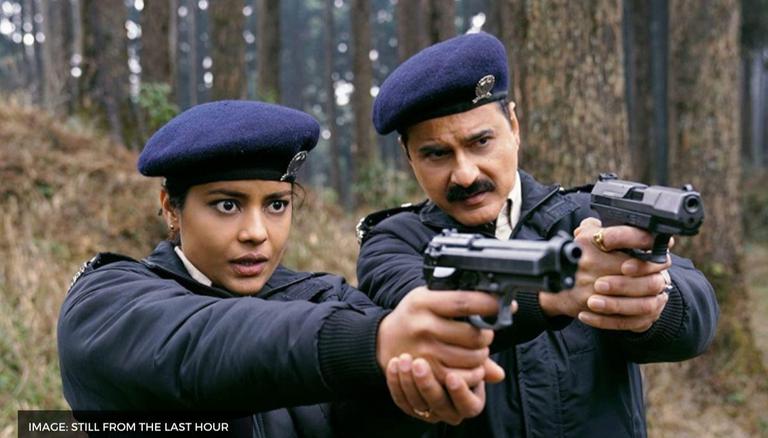 Image: Still from The Last Hour


The Last Hour recently premiered on Amazon Prime Video on May 14, 2021. The show has received mixed reviews from the audience and critics. The show features actors like Sanjay Kapoor, Shahana Goswami and Raima Sen. Read on to find out how many episodes are there in The Last Hour and details about its plot, cast and characters.

How many episodes are there in The Last Hour?

The new mystery thriller series on Amazon Prime Video is set up in the scenic Himalayan town of Sikkim. The total number of The Last Hour's episodes in season one are 8. The show is directed and produced by Anupama Minz and Amit Kumar. The plot focuses on the town where a young girl is mysteriously murdered. Many more such incidents take place in the town when a newly transferred cop Arup played by Sanjay Kapoor is sent to investigate the scene. He is seen playing an experienced cop who is all set to solve the murder case.

However, even after having years of experience in this field, he finds it difficult to solve the murder mystery. He takes help from a local informant and a shaman called Dev portrayed by Karma Takapa. Karma who was previously a director made his acting debut with the show. Dev has the ability to communicate with the souls of the dead. There's also a love angle between the shaman and Arup's daughter. They dig out some dark past of the cop which could affect his work. The Shaman Dev gets confused about whether he should complete his duty or follow his heart.

The show also features Shaylee Krishen, Robin Tamang, Mandakini Goswami, Lanuakum Ao, Lapchen Lepcha and Vivek Pradhan. The directors Anupama Minz and Amit Kumar had also written and directed a short film titled Bypass in 2003 which featured Nawazuddin Siddiqui and Irrfan Khan. Noted British filmmaker Asif Kapadia is the executive producer of the show who was previously a part of Senna, Mindhunter, and Amy. Take a look at the trailer of the mystery thriller The Last Hour here:

Image: Still from The Last Hour

READ | The Last Hour cast: List of actors and their characters in this Amazon Prime Video series
READ | Raima Sen talks about her role in 'The Last Hour': 'I added my own individuality to it'