Is SNL cast leaving? has been one of the commonly asked questions among fans of the show post the emotional season finale monologue. Read further to know more. 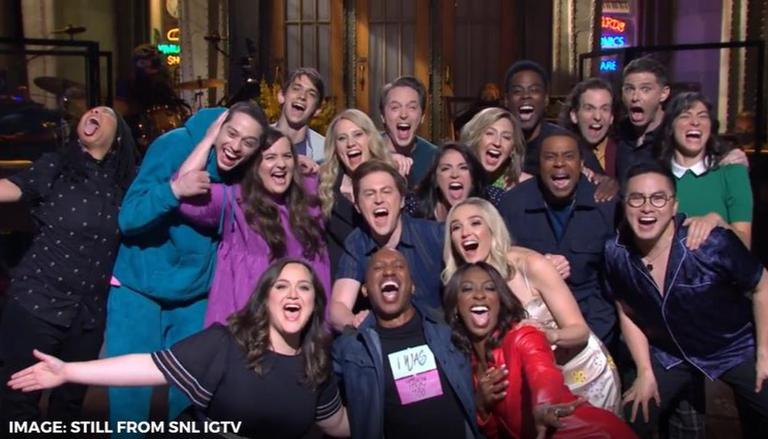 
The past weekend saw SNL’s season finale and gave rise to rumours surrounding certain cast members making an exit from the show. Fans who watched the show began to question if the members are planning to quit SNL. A number of fans suspected Kate McKinnon, Cecily Strong, Aidy Bryant and Kenan Thompson were sure to quit the show after their emotional segment last weekend on the finale episode. Further on, Pete Davidson too delivered a bittersweet sign off during his segment which solidified the questions by fans.

In his segment, Pete mentioned that he was very grateful to be there at SNL. He added that it was an honour growing up in front of all the guys and ended the segment with a vote of thanks. Thus fans questioned if he too would soon leave the show, supposedly along with the rest of the primary cast. A while back Pete appeared at the Hollywood Reporter's Roundtable where he spoke about his plans for the show. It was this interaction that began the rumours for Pete’s exit from Saturday Night Live. During the roundtable, Pete was asked about Thompson's long tenure as he has been part of the show for a long time.

He answered the question by saying that he would never do 18 seasons like Kenan. He feels good where he is at and surprised to make it that far into the show. He is ready to hang up his jersey. Thus the interview suggested that Pete may most likely quit the show in the next season or anytime soon.

Similarly, the emotional song by Cecily Strong made fans question the future of the cast members. Strong sang My Way which is often regarded as a class goodbye anthem.

Here's a look at the reactions by fans after the season 46 finale:

pete davidson’s first and (possibly) last weekend update yes i am crying like a baby pic.twitter.com/bmMLDxVlR9

SnL will never be the same again. 🙄 #PeteDavidson #SNLFinale https://t.co/7qUff2Cey2

One of the best @nbcsnl season finales. It did seem like the end for Cecily, Kate. and Pete. However I read that SNL was allowing https://t.co/4XMpVT5cqS do their own shows to keep them in the cast longer. Hope so.#SNLFinale #CecilyStrong #MyWay #KateMcKinnon #PeteDavidson https://t.co/YZMATAnMCE

I love #PeteDavidson! I hope he isn’t leaving #SNL #SNLFinale made nervous.

Me getting ready to enjoy the #SNLFinale only to realize it might be the last show for Pete Davidson, Kate McKinnon, Cecily Strong, Aidy Bryant & Kenan Thompson. pic.twitter.com/H8qA0JUqsq