American stand-up comedian Jerry Seinfeld celebrated the streaming of his NBC comedy Seinfeld on Netflix by turning into a lego. Read on to know more. 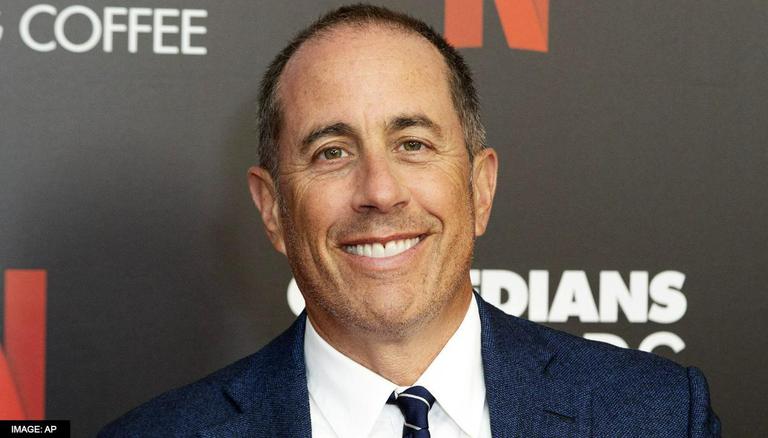 
American stand-up comedian Jerry Seinfeld celebrated the streaming of his popular sitcom Seinfeld on Netflix by turning himself into a living lego. The video made in the format of a vintage TV commercial also featured Patrick Warburton along with the narration of Bryan Cranston, who was also a part of Seinfeld.

Jerry Seinfeld turns into a lego

The popular sitcom which premiered in 1989 is now available on Netflix and to celebrate the same, the streamer decided to trap the comedian in an alternate-universe Seinfeld set, turning into a living lego along with all of his belongings. The streamer took to Twitter to announce the news with the video by writing, ''It's Lego Seinfeld! All 180 episodes — of the real Seinfeld — are now on Netflix.''

All 180 episodes — of the real Seinfeld — are now on Netflix. pic.twitter.com/bIVrf8OgS6

The vintage commercial video featured Patrick Warburton, who also appeared in six episodes of the sitcom. The video pokes fun at Netflix controlling Jerry now that the show is on the streaming platform, as he is seen stating in the video, ''I don't know what this is. What are we selling here?''. Cranston is seen responding to Jerry by saying, ''Aw, sorry Jerry, you have no say. We bought the series and we can do whatever we want with it. And you.''

The sitcom ran for over a decade, bidding adieu in 1998. Previously, the sitcom was available for viewers on Hulu for over five years, however, since June, the show has been missing across every OTT platform. The show followed the journey of Jerry Seinfeld, in his fictionalized version, wrestling with life's most perplexing decisions along with George Costanza, Elaine Benes. Cosmo Kramer and more.

According to Entertainment Weekly, Seinfeld opened up about his sitcom stating, ''Larry and I are enormously grateful to Netflix for taking this chance on us. It takes a lot of guts to trust two schmucks who literally had zero experience in television when we made this thing.''

READ | Jerry Seinfeld opens up about the time when he was interested in Scientology; Read here

He also admitted getting carried away while making the show as they did not realize how many episodes they ended up making. Concluding his statement, he said, ''But worth all the work if people like it. Crazy project.''

WE RECOMMEND
Reese Witherspoon begins shooting for Netflix movie 'Your Place or Mine', shares pic
Netflix October 2021 new releases: 'Little Things 4', 'Seinfeld' to 'Titanic'; full list
'Squid Game' Costume: What the Netflix show's mask & jumpsuit mean and where to buy them?
'The Guilty' ending explained: What happened in Jake Gyllenhaal's new Netflix thriller?
Is Netflix's latest miniseries 'Maid' a true story? Here's all you need to know
Listen to the latest songs, only on JioSaavn.com