Karen Gillan Of GOTG Binges On Outlander, Sam Heughan Offers Her A "wee" Role On The Show

Karen Gillan recently binged on the historical drama 'Outlander' and had an exchange of tweets with its lead, Sam Heughan who may have tried to get her a role! 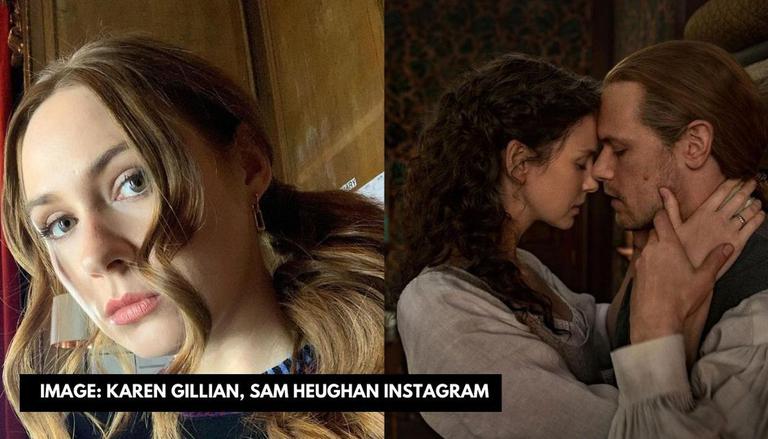 
Karen Gillan, the Scottish actress known for her roles in Doctor Who and Marvel's Guardians Of The Galaxy and What If recently used Twitter to confess that she is obsessed with the historical romance show, Outlander. What was more exciting was that the lead of the show, Sam Heughan replied to Karen Gillan's tweet and raised her hopes for a small part in the show.

Outlander premiered its first season in 2014 and the makers are prepping for the release of the sixth season right now, so Gillain admitted that she was "late to the party." Take a look at Karen Gillan's latest tweet:

Ok I’m late to the party but I started Outlander and I am officially obsessed.

Sam Heughan, who plays the hero, Jamie Fraser on the show was quick to reply and said that he could arrange for a small part for her on the show!

Still time to find you a wee part Karen... https://t.co/mIWtqmb30K

Karen jumped on the tweet and asked, "Can I be an extra loitering around Inverness asking people “what’s the Craic, eh?”" to which Sam replied, "Yes with a bottle of bucky... but you may not be ginger enough I'm afraid."

READ | How many episodes are there in Outlander Season 4? Netflix finally takes up the new season

Outlander stars Sam Heughan, Caitriona Balfe, Sophie Skelton, Richard Rankin among others and is all set to be back for its sixth season in 2022 with eight episodes which is said to include a long premiere. The cast wrapped up the shoot of the sixth season just earlier this week and Sam announced it happily on his Instagram. Look at his Instagram post here:

READ | Where is Outlander season 4 filmed? Is the drama series available on Netflix?

Other than the Outlander series, Sam Heughan's travel show, Men in Kilts has been nominated for the Critics' Choice Award for Best Travel/ Adventure show as well. He hosts the adventurous show with fellow Scottish actor, Graham McTavish.

READ | 'Outlander' to return to its seventh season; here's all you need to know about the series

A few other recent Karen Gillan's movies are Jumanji: The Next Level (2019), Avengers: Endgame (2019) amongst others.