In a recent interview, The Penthouse actor Kim So Yeon spills the bean about her character Cheon Seo Jin from the upcoming season of the show. Read more 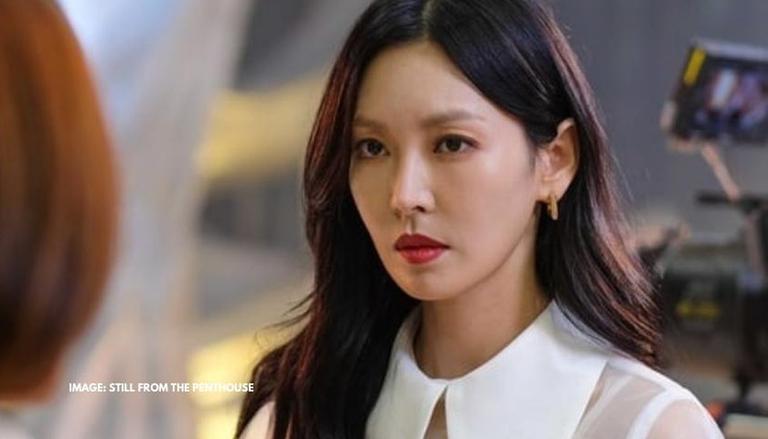 Image: Still from The Penthouse


Actor Kim So Yeon is a prolific K-celebrity who is known for essaying the negative role of Cheon Sen Jin in the Korean show, The Penthouse: War in Life. Now, ahead of The Penthouse 3’s release, Kim So Yeon went on to give interesting spoilers of the upcoming season, in her recent appearance on the Youtube Channel, Monotube. During her interaction, the actor also thanked fans for liking her character so much that she ended up winning the Best Actor Award during the 57th Baeksang Arts Awards

The star also spilled the beans about her on-screen daughter Ha Eun Byeol. She asked, "Where did Eun Byeol go? I saw some people speculating that Jin Boon Hong is Eun Byeol's birth mother. That's complete nonsense! It can't be true! Eun Byeol is my daughter!". When asked if her character can return as an opera singer, Kim So Yeon jokingly replied, "No, Cheon Seo Jin yells way too much. She probably yelled all the time in prison, too. Her vocal cords can't possibly recover.”

Apart from this, the actor explained how she wishes her mean character to be arrested. She said, "I hope she meets a dramatic downfall. I hope I put on the handcuffs myself, saying, 'I'll do it myself.' And pose like this for the photographers, saying, 'Don't blur out my face.'” The K-star further explained the worth of her role, "Even though she's a villain, she's a character with an uncommon charm. So I hope that even if she meets her downfall, she'll do it in an entertaining way. For The Penthouse season 3, I want to set aside all my worries and concerns. I think to myself, that in a few months, I won't be able to meet Cheon Seo Jin ever again. So whatever happens, I want to do my best and enjoy filming Season 3.” The upcoming season will premiere on June 4, this year.

(Image: Still from The Penthouse)

READ | Penthouse 2 ep 8 recap for those who missed the details: The show is back with more drama
READ | If you loved 'Penthouse 2' finale, here are other Korean revenge dramas you must watch