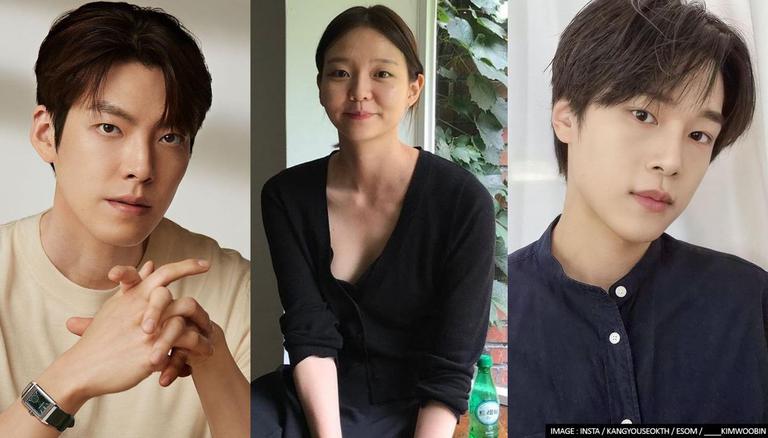 
South Korean actors Kim Woo-Bin, Esom, and Kang You Seok will be working on the forthcoming Netflix original series titled Delivery Knight, reported South Korean news outlet, Soompi. The K-drama is based on the webtoon with the same title that takes place in 2071, where pollution has become so severe that people can't survive without respirators.

Kim Woo-bin, Esom and Kang You Seok to star in Netflix's 'Black Knight'

The plot of the series revolves around legendary delivery knight 5-8, who has extraordinary fighting skills, meets refugee Sa Wol, who dreams of becoming a delivery knight because they are the refugees' only hope. As Korea undergoes desertification, the remaining one per cent of humanity has become stratified, and delivery knights have come to play an extremely important role in society.

The webtoon version of Delivery Knight bagged an E-IP Pitching (Entertainment Intellectual Property Pitching) award at the 2018 Asian Contents & Film Market and received attention for highlighting the work of delivery people, creatively portraying them as special people in charge of everyone's survival. Helmed by director Jo Ui Seok of the films- Master, Cold Eyes and The World of Silence.

Having captivated viewers with projects- Master, Twenty, The Con Artists, Uncontrollably Fond, and Heirs, Kim Woo Bin will be seen as the lead actor, the legendary delivery knight 5-8 who no one can oppose. This marks his second time outing with director Jo Ui Seok after Master. On the other hand, Kang You Seok will be playing refugee Sa Wol, who is envious of the legendary 5-8 and is determined to become a delivery knight himself. He was also seen in Grotesque Mansion: The Original, Light On Me, Start-Up, and Once Again.

Esom will portray Seol Ah, a major of the military intelligence who looks after Sa Wol like family and is his saviour. Esom has earlier appeared in Samjim Company English Class, Inseparable Bros, Microhabitat, and Taxi Driver. She will be reuniting with Woo Bin 11 years after co-starring in White Christmas together in 2011. Esom has also committed for a forthcoming action flick, Gil Bok Soon, which also stars Jeon Do Yeon, Sol Kyung Gu, and Goo Kyo Hwan. The film will be premiering on the online streaming giant, Netflix.

WE RECOMMEND
What to watch on Netflix in January 2022? Every movie & TV show releasing on OTT platform
Netflix gets relief from US federal judge on lawsuit against '13 Reasons Why'
Netflix shares glimpse of upcoming Kanye West documentary filmed over 21 years; Watch
Netflix's adaptation of 'All the Light We Cannot See' to star Mark Ruffalo & Hugh Laurie
Sandra Bullock says she'd be 'out in the cow pasture' if it wasn't for Netflix
Listen to the latest songs, only on JioSaavn.com