Kevin Feige predicts that Tom Hiddleston as Loki and Owen Wilson's Mobius from the upcoming Marvel series, Loki, can become the most popular duo in the MCU. 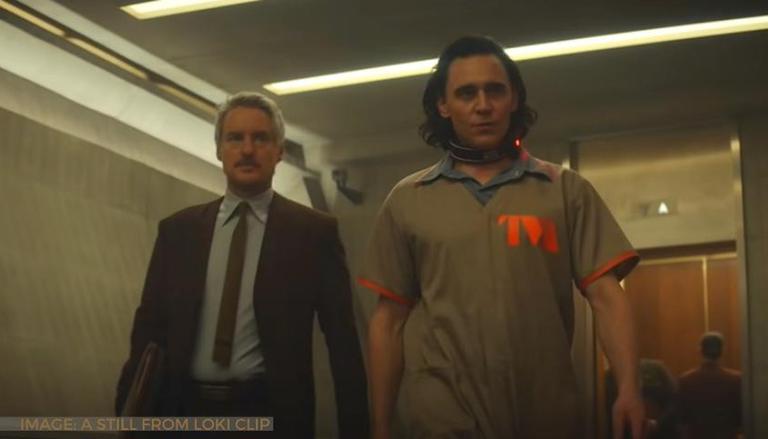 IMAGE: A STILL FROM LOKI CLIP


Loki is an upcoming Marvel series on Disney+ Hotstar Premium. It has Tom Hiddleston in the titular role along with Owen Wilson making his Marvel Cinematic Universe (MCU) debut as Mobius M. Mobius, an analyst at the Time Variance Authority (TVA). Their banter in the trailer has been loved by fans and now Marvel Studios boss Kevin Feige thinks their pairing could become the most popular one.

In a recent interview with TV Insider, Tom Hiddleston and Owen Wilson were joined by Marvel Studios President Kevin Feige, as they talked about the Loki series. They were discussing the dynamics between Loki and Mobius. Hiddleston stated that Wilson's character holds the "highest academic honours" in the studies of God of Mischief. Wilson mentioned that it is a little bit of a chess match to gain Loki’s trust, but in that shared endeavour, there’s an interesting dynamic between the two.

The Rushmore star compared the bond between Loki and Mobius to Nick Nolte getting Eddie Murphy out of jail in the 1982 movie 48 Hrs. Marvel's Kevin Feige too expressed his opinion on the duo. He asserted that they will be one of the "most popular pairings" they have ever had at Marvel.

The banter between Tom Hiddleston's Loki and Owen Wilson's Mobius received praises from the viewers. Fans are excited to see what they would bring to the table with this new series. Among the popular pairing at Marvel are - Tony Stark and James Rhodey, Steve Rogers and Bucky Barnes, Natasha Romanoff and Clint Barton, Thor and Loki, Nick Fury and Maria Hill, Rocket Racoon and Groot, Doctor Strange and Benedict Wong, Scott Lang and Hope van Dyne, Peter Parker and Ned Leeds, and more. The latest hit duo was Anthony Mackie as Sam Wilson and Sebastian Stan as Bucky Barnes in The Falcon and the Winter Soldier.

Loki cast includes Gugu Mbatha-Raw as Ravonna Lexus Renslayer with Sophia Di Martino, Wunmi Mosaku, and Richard E. Grant in undisclosed roles. They will be making their debut in the MCU. The TVA is an organization that monitors the multiverse and can snip timelines if they are deemed too dangerous to exist. The God of Mischief is said to appear at different times in history and influence major events. Kate Herron has directed all the episodes of the series with Michael Waldron as the writer. Both serve as executive producers on the show. Loki arrives on June 9, 2021.

IMAGE: A STILL FROM LOKI CLIP