Miranda Cosgrove recently talked about her first kisses on iCarly with her co-stars James Maslow and Nathan Kress while also recalling an awkward moment. 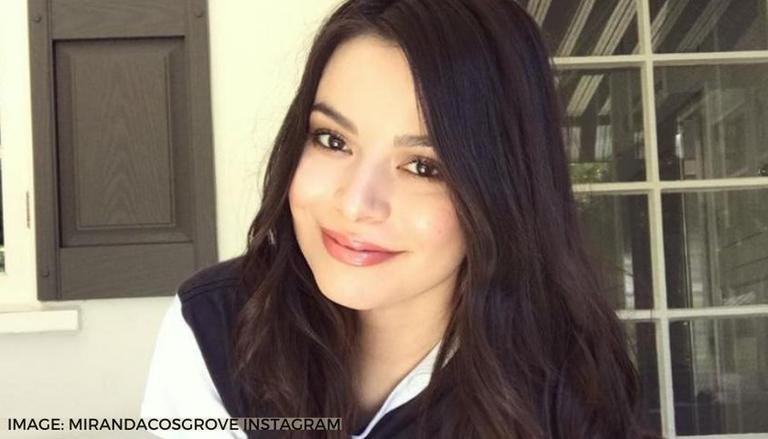 
iCarly is a teen sitcom that ran from 2007 to 2012 on Nickelodeon. The makers are reviving the series and bringing back many original iCarly cast members. It includes lead actor Miranda Cosgrove who played Carly Shay. As iCarly reboot is arriving soon, the actor remembered her first kisses on the original show.

Miranda Cosgrove recalls first kisses on iCarly with her co-stars

In a recent interview with PEOPLE, Miranda Cosgrove talked about a few kissing scenes she filmed with James Maslow and Nathan Kress on the original iCarly series. She said that she has two funny memories from that time. The actor mentioned that the first kiss she ever had in her whole life was with Maslow, who played Shane, in the episode where he was in a hospital bed, and she had to kiss him while he was unconscious.

Cosgrove added that the second kiss she ever had in her "entire life" was with her regular co-star Kress, who essayed Freddie Benson on the show. Recalling the shoot, the actor asserted that Nathan had his girlfriend or a girl he liked there on set that day watching them kiss. Miranda Cosgrove admitted that Kress' off-screen love interest's presence made the scene "so awkward" for them.

READ | Cast of iCarly: From Miranda to Jerry, where are the cast members now?

Created by Dan Schneider, iCarly tells the story of a teenager who creates her own web show with her best friends in the apartment loft that she and her older brother live in. The web show quickly becomes an internet sensation and the youngsters have to balance their normal teenage lives with the crazy situations their newfound fame gets them in. The series had six seasons consisting of 97 episodes.

iCarly reboot will arrive on Paramount+ on June 17, 2021. Miranda Cosgrove, Jerry Trainor, and Nathan Kress are returning in their original roles as Carly Shay, Spencer Shay, and Freddie Benson, respectively. Laci Mosely as Harper Raines and Jaidyn Triplett as Millicent Benson are also joining the team. It also has Mary Scheer, Reed Alexander, and Danielle Morrow. The revival is developed by Ali Schouten and fans are waiting to see their favourite actors and show making a comeback.

READ | Why isn't Sam coming back to iCarly? Know why Jennette McCurdy turned down the project
READ | 'iCarly' trailer out: Miranda Cosgrove returns as Carly Shay in the reboot of hit sitcom