Netflix India took to its official Instagram page to post a video of what the iconic red jumpsuits from Money Heist mean to the cast members of the show. 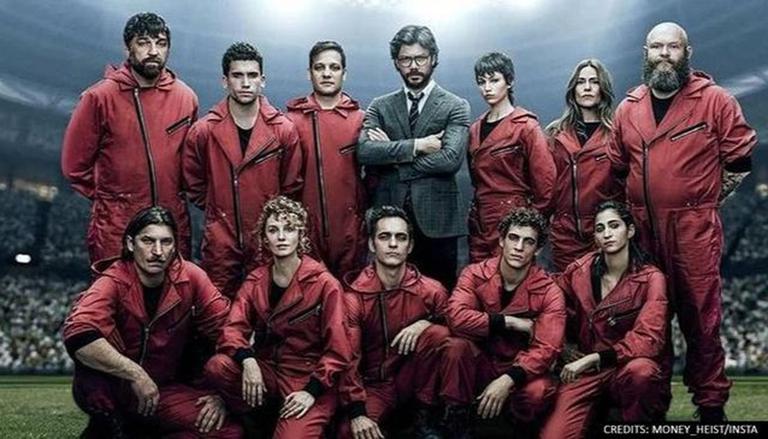 
Netflix India took to its official Instagram page to post a video of what the iconic red jumpsuits from Money Heist mean in the show. For the much-loved characters, the suit is much more than just a piece of clothing. Netflix took a witty approach to the video and captioned it ‘tenu red jumpsuit suit karda’.

What does red jumpsuit mean to Money Heist cast?

The Netflix video begins with several red suits on hangers on a clothing rack with intense music playing in the background. Jaime Lorente, who takes on the character of Denver on the show mentions that the suit is a symbol of work. He also says that the suit is much more than the skin of the characters, it is the skin of everything the show and the gang stand for. Palermo, who fans have some mixed feelings for, mentioned that the red suit is part of his skin.

Itziar Ituño, a.k.a Lisbon, mentioned that donning the suit excited her. Manila, whom fans began to feel connected to in the latest season of the crime drama called putting the suit on meant an ‘adventure’. Stockholm on the other hand called the red suit a symbol of courage and struggle. However, as an actor, she referred to it as a symbol of responsibility. The video featured the fan-favourite characters zipping up their jumpers, tying their shoelaces and heading to the sets of the show.

Alvaro Morte, famously known as the Professor, had posed quite a few pictures of himself with his beloved gang. In one of his posts, he called them the ‘dream team’. The picture features the red jumpsuit-clad gang and the Professor enjoying a laugh on set.

Just before the final season of the show dropped on September 3, the actor’s excitement knew no bounds. Morte posted a never seen picture of the cast and crew of the show on his Instagram account and expressed his excitement. He wrote, “There's nothing left for you to see. Nothing. We got to see her today. And I'm just going to tell you: OMG!!!!! It’s almost here. Almost. We met and could watch it today. And I can just say: OH, MY GOOOOOOOD!!!!”