'Money Heist' Season 5 saw a massive opening on September 3. The series has now become the most-desirable Television show across all platforms. 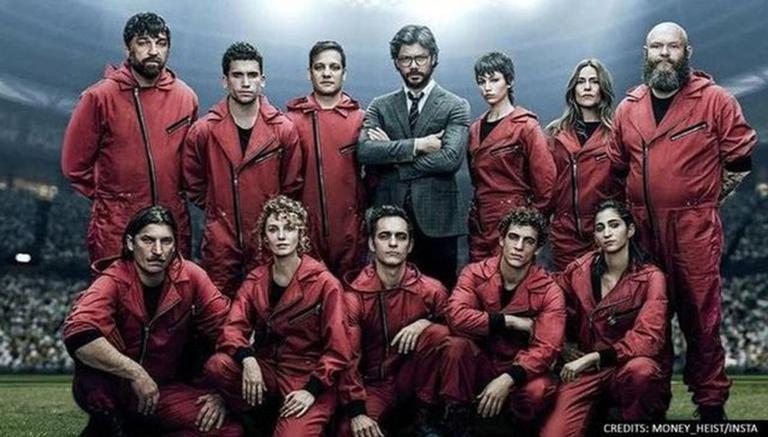 
The Spanish crime drama Money Heist recently launched its much anticipated Season 5 on Netflix with its nerve-wracking first part taking the audience for a ride. Since its inception on the streaming giant in 2017, the show has been one of the most-watched non-English-language series. The show follows the professor and his impeccable gang of robbers as they indulge in two heists, one on the Royal Mint of Spain and one on the Bank of Spain.

Now, with the finale's release, it comes as no surprise that the show has clocked the title of the biggest TV series in the world, as per Parrot Analytics. Money Heist is now the most-desired series globally, across all platforms, the data company revealed on Wednesday. For the unversed, the finale follows the events after inspector Alicia Sierra grabs the Professor from his hideout as the gang tries to stay put in their heist.

As per the data, the series sat at the top position just a day before the fifth season premiered, with fans' anticipation making it 78.9 times more in demand than the average series worldwide. The demand grew to a whopping 122.6 times more than the average as new episodes premiered. The statistics also reveal that India was the show's biggest market last week, followed by the US and then Spain. Netflix is leveraging its international market as it continues to extend its global footprint.

The data also revealed how the show has been a great performer on Netflix's own daily popularity rankings, with it recently being the third most popular title in the US. For those unaware, the streaming giant bought La Casa de Papel after it failed for its Spanish audience. It was then restructured into 22 episodes of 50 minutes, and 16 episodes were further added keeping its popularity in mind. The fifth season was renewed by the makers last year to be released in two parts of five episodes each.

More about the final season

The first volume of the much-awaited Money Heist Part 5 was aired on Netflix on September 3. The latest season consists of five action-packed episodes. The next five will be released on the online streaming platform on December 3. Season 4 ended with the gang members reeling from the loss of one of their closest Nairobi, and now, and the news of the Professor being tortured by Alicia only adds to their catastrophe. The end of the finale's first past also witnessed the death of a major key character. The show stars Ursula Corbero, Itziar Ituno, Miguel Herran, Alvaro Morte and many more renowned faces.

READ | ‘Money Heist’: Enrique Arce pleaded for THIS ‘disappointing’ scene to be cut from the show