Money Heist season 5 is on it's way & Miguel Herran aka Rio is excited! The actor recently shared a BTS image on his Instagram handle to express anticipation - 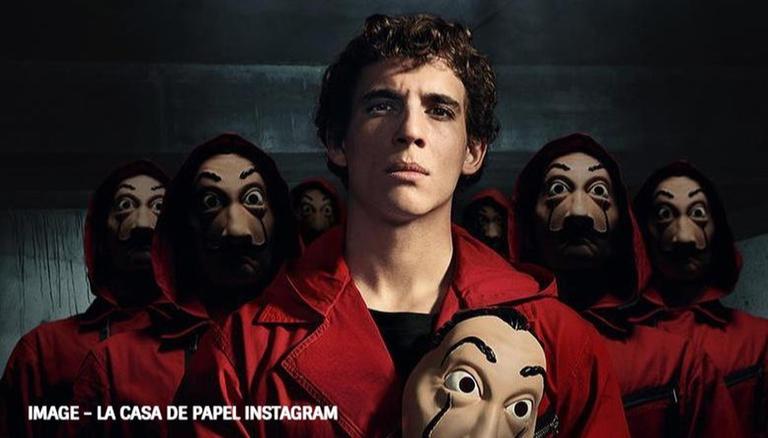 
Money Heist season 5 finally has a release date and it seems that apart from fans, the actors of the show are just as excited with the news! Money Heist's Rio aka Miguel Herran, recently shared an Instagram post featuring a BTS photo of himself from the show. The actor can be seen wearing a bullet proof vest, while holding an assault rifle and looking quite rattled.

Miguel shared the post with his caption in Spanish which read, "Que ganas tengo de que llegue el 3 de septiembre.." which loosely translated means, "I am looking forward to September 3". The actor wrote about how he's excited for the day since the Money Heist season 5 release date is scheduled for the same, which is September 3, 2021. Take a look at Miguel Herran's post below -

In July 2020, Netflix renewed Money Heist for a fifth and final part. Season 5 will release in two five-episode halves, with Volume 1 dropping September 3, followed by Volume 2 on December 3. The series was filmed in Madrid, Spain.

According to digitalspy, Miguel Ángel Silvestre and Patrick Criado will join the Money Heist cast for season five. Ursula Corbero, Alvaro Morte, Itziar Ituno, Miguel Herran, Jaime Lorente, Esther Acebo, and others are set to reprise their roles from the previous seasons. The series recently wrapped up filming on May 14, 2021.

READ | 'Money Heist' Season 5: What is known about the final season of the hit show up until now?

Netflix's official description for season 5 of the show reads, "The gang has been shut in the Bank of Spain for over 100 hours. They have managed to rescue Lisbon, but their darkest moment is upon them after losing one of their own. The Professor has been captured by Sierra and, for the first time, doesn't have an escape plan. Just when it seems like nothing else could go wrong, an enemy comes on the scene that is much more powerful than any they've faced: the army. The end of the greatest heist in history is approaching, and what began as a robbery will turn into a war".