'Money Heist Season 5' Teaser Out: The Gang Is Back With More Anger And Firepower

Money Heist Season 5 teaser released. The final season will be released in two volumes with each volume releasing three months apart from each other. 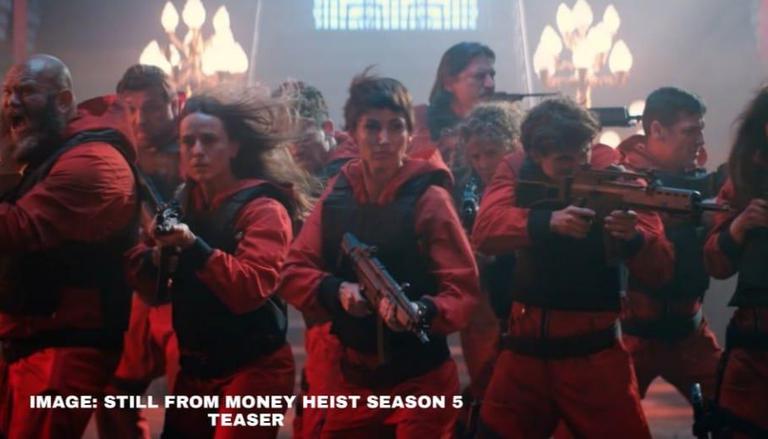 
On May 24, 2021, Money Heist Professor Alvaro Morte took to his official Instagram handle and dropped the first Money Heist Season 5 teaser. The globally acclaimed heisters are all set to once again redefine the rules of the game because Tokyo had announced, "The important moments have no atheist march". Along with the teaser, Netflix has also acknowledged that the show will be coming to an end. The online streaming site has also announced that Money Heist Season 5 will be released in two volumes.

The end of Money Heist is here with more anger and firepower. The gang is not going to forget Nairobi's sacrifice in Season 4. The new season is beyond robbery and its first glimpse is packed with happy as well as sad moments. The teaser focuses on capturing each gang member's emotions in slow motion style, with each fighting to avenge their personal loss. The teaser gives a sneak peek into a lot of action waiting ahead as the cops are now inside the bank and trying their best to ensure the money heist gang surrender soon. The gang makes its way through the Bank of Spain, while the Money Heist Professor is shown holding the fort from the outside. His hands are shown tied to a chair only leaving its viewers to wonder if Alicia Sierra managed to overpower Sergio and take him as a hostage.

READ | 'Money Heist 5': Alvaro Morte talks about his Indian fans as he wraps up the show

Along with the first teaser, the streaming giant has also revealed the Money Heist Season 5 release date. The site announced that they will be releasing the new season in two volumes. One releasing on September 20, 2021, while the second volume will be released on December 3, 2021. In the final season, each volume is said to have five episodes which will complete the ten-hour arc, finally ending the story narrated by Tokyo.