'Money Heist' Season Finale's Episode Titles Revealed; Here's What They Could Hint At

Makers of heist drama 'Money Heist' have revealed episode titles and stills from the season finale, which is set to premiere on December 3 via Netflix. 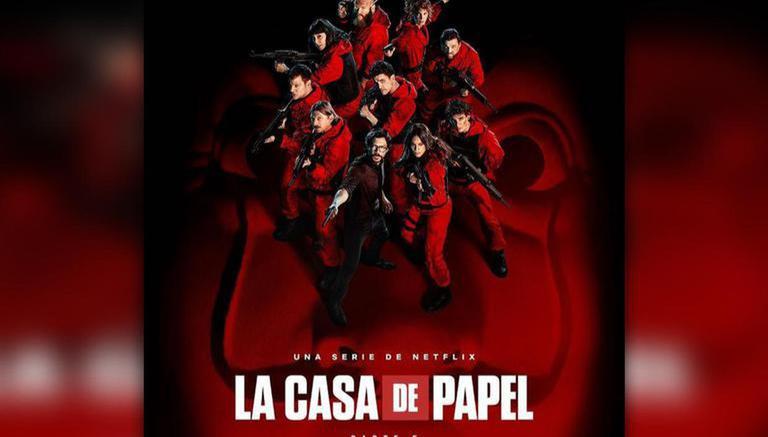 
Money Heist will soon bid adieu to all its fans, with the show's fifth season, Volume 2 all set to premiere next month via Netflix. Grieving the death of their ace team member Tokyo, the professor and his team will undergo a spine chilling ride inside the Bank of Spain. Through all these seasons the group of rebels have charmed their way with the audiences, and the final blow against the authorities is set to decide their fate.

After piquing fans' curiosity with the trailer and poster, makers have now dropped titles for episodes 6-10 along with respective images for each, which also gives a slight hint at what one may witness in the twisted tale of events. Take a look.

Taking to their Instagram handle, the makers revealed the string of titles and posters, with the sixth episode showcasing Rio aiming a rocket launcher at the opposition. This also comes right after his love interest Tokyo was killed by Sagasta's army, meaning that Rio is all decked to seek revenge.

Showcasing a picture of Palermo and the fallen soldier Berlin, the seventh episode may showcase glimpses from their past relationship. Whether they hold any relevance to the present heist is unclear, however, Berlin has been a part of all seasons through myriad flashbacks, so this still comes as no surprise.

The eighth episode title is coupled with a picture of Lisbon, Bogotá, Manila, Rio, Palermo, and Matías having a celebratory dance while melting gold. Could it hint at the team having chartered another milestone? or finding a way out of the bank along with the gold?

The title is accompanied by Professor's picture, showcasing him in a robe and nightsuit as he stations himself in a large house. The still could be a flashback from the team's earlier days, where they stayed in a large bungalow on the outskirts of the city to prepare for the heists. Money Heist is filled with flashbacks to reveal clues about their escape.

The Professor and his brother Berlin conceived the heist's plan, which was in turn ideated by their father. Moscow and Denver also came inside together, with the latter forming his own family with Monica/Stockholm. Also, the professor and his robbers are one big family at the end of it all. Therefore, the theme of family runs strongly in the series. Also, the picture showcases Denver across the table with Luis Tamayo, which could either mean confrontation or negotiation between the two parties.