Money Heist fame Ursula Corbero, who plays Tokyo, recently revealed how shooting the finale was an emotional rollercoaster for her as she could not stop crying. 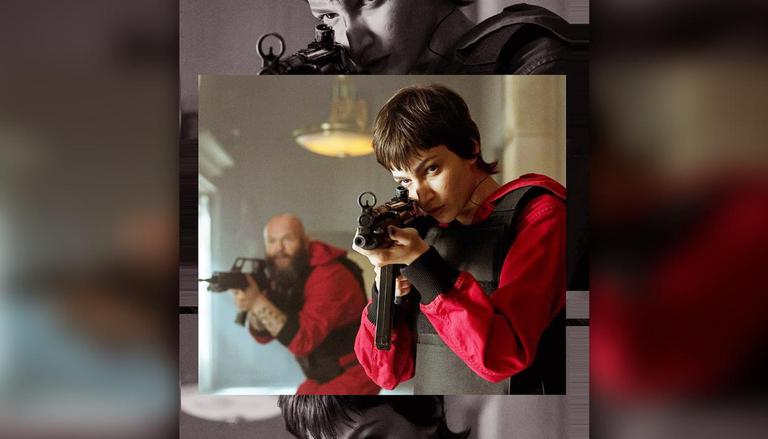 
Money Heist Finale is one of the most anticipated seasons of 2021. The show's finale season is set to release in two parts and the first one is less than ten days away. While fans are waiting to see how the fate of Professor and his team will take them, Ursula Corbero, who plays Tokyo, recently revealed how shooting the finale was an emotional rollercoaster for her.

Tokyo has been the narrator and one of the leads of the hit show since the beginning. While speaking with Harper's Bazaar, Ursula Corbero opened up about the last few days of filming the finale. The actor revealed she was extremely emotional and said she could not stop crying while filming every scene. The actor credited the show for changing her life and said she was grateful and proud to be a part of it. Talking about her role, Corbero said she would miss Tokyo and it will be a part of her life.

In May 2021, Corbero shared an Instagram post after wrapping up her shoot for the finale season. She shared photos with all the actors from the show. The actor also expressed how she would miss the show and her co-workers. She wrote, "The end has come. What a journey. I’m gonna miss my fellas so hard. Thanks for all your love and support, I hope we made the final season you all deserve. Jarana forever."

Money Heist, also known as La Casa de Papel, revolves around a group of looters who pull off the biggest heist in the history of Spain. The show is currently streaming on Netflix. The first part of its final season will release on September 3, 2021.

WE RECOMMEND
Money Heist actor Álvaro Morte opens up about cancer treatment; 'thought I'd die'
Money Heist's new characters out and they're sure to amp you up for Season 5
'Money Heist': Anil Kapoor, Hardik Pandya & others star in Indian version of 'Bella Ciao'
Two injured in suspected acid attack in Tokyo subway station, perpetrator still at large
Money Heist's Tokyo aka Ursula Corbero eyeing Hindi films, says will love to work in Bwood