'Jupiter's Legacy', a superhero series was released on Netflix on May 7. The eight-episode series will not be getting a second season. Read further to know 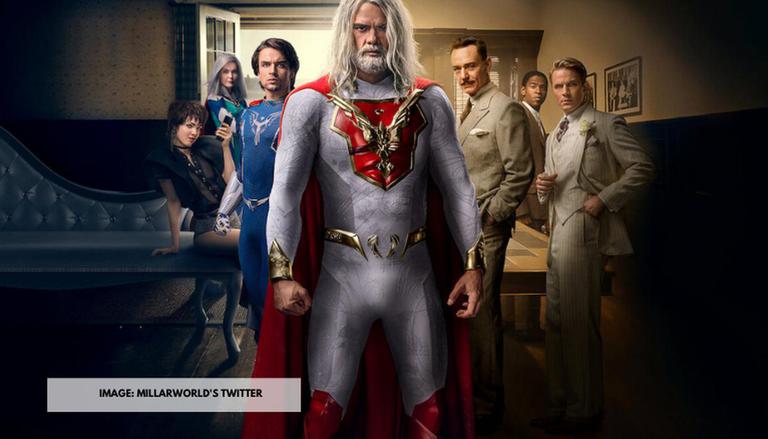 
Netflix recently cancelled the superhero series Jupiter's Legacy almost a month after its season one was streamed on their platform. The show is based on the comic book of the same name by Mark Millar and Frank Quietly. It revolves around the story of an ageing superhero team that goes by the name Union of Justice. The group tries to pass on the legacy to a younger generation. The audience did not connect to the show which is why the decision was taken. Read further to know more about Jupiter's Legacy.

The show features an ensemble cast including Josh Duhamel, Ben Daniels, and Leslie Bibb. As per screenrant, the streaming service bought the rights from Millarworld in the year 2017 and has been planning to work on the shows based on Mark Millar's works. The writer has created comics like Kick-A**, Huck, and Kingsman. He has also worked in the creation of Marvel's successful storylines like Captain America: Civil War which was inspired by his comic, Civil War. His comic book Old Man Logan was an inspiration for Wolverine's last movie, Logan.

While the show has been cancelled just after the first season, its filming wasn't smooth either. The issue started when the showrunner Steven S. DeKnight left the filming midway over creative differences. The high-budget show went on to receive bad reviews a few days after the release. Although Millar has decided to work on Supercrooks, a live-action film in the same universe but it focuses on villains.

READ | 'Jupiter’s Legacy' Review: Are we tired of Marvel’s perfect superheroes to watch this?

Furthermore, the show was doomed from the start as the streaming platform and Millar decided to oppose creative directors. As per the publication, the show cost over $200 million and renewing it will be a big deal for Netflix, given the reviews. The fans felt that the show was slow-paced with a boring storyline. On Rotten Tomatoes, the show's critical rating is a poor 38% with critics calling it "awful".

READ | Who is Blackstar in Jupiter's Legacy? Here's all you need to know

Other than this, in an interview with Collider, Mark Millar expressed that he is proud of the team for their work. He also talked about the future of the series and said that he loved crime stories and wants to write about supervillains now. His next film, Supercrooks follow the story of villains, con artist and thieves that plan a heist.

READ | Who is Skyfox in Jupiter's Legacy? Here's everything you need to know about his character

READ | Is there a season 2 of 'Jupiter's Legacy'? Know details about Netflix's superhero series