Netflix’s Geeked Week: From The Sandman To Vikings: Valhalla, Here's Everything Announced

Netflix’s Geeked Week saw shows like Shadow and Bone 2 and The Umbrella Academy season 3 along with Lucifer's bloopers and The Sandman's BTS. Find out more 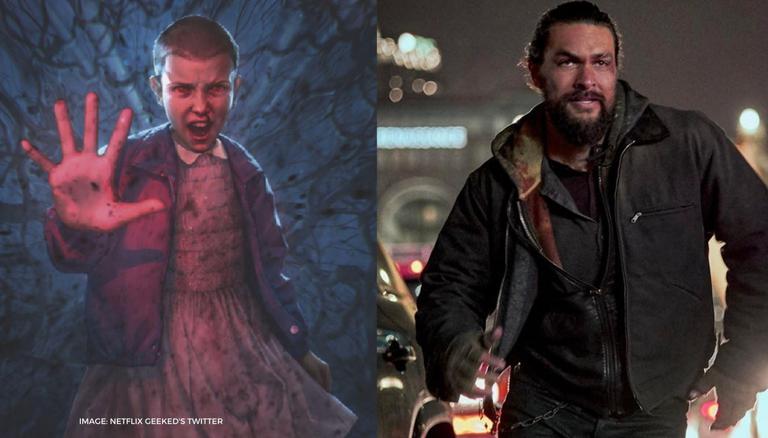 
Netflix’s Geeked Week running from June 7-11 has been a huge success. The virtual week was huge for upcoming films/series. The free virtual event was stacked with trailers, announcements, bloopers and more from Netflix’s popular as well as upcoming shows. Here’s everything announced at the Geeked Week:

Shadow and Bone, the drama series raked in a stellar 55 million viewers in its first month. Owing to the huge success of the show, Netflix has decided to bring the show back with Shadow and Bone 2. Fans of the show are super excited for the second instalment of their favourite drama.

Netflix finally made some updates about The Umbrella Academy season 3 during the week. The makers unveiled all ten-episode titles, which fans of the graphic novel may recognize. The show which was well received by fantasy drama fans will reportedly get bigger for season 3.

READ | Masters of the Universe: Revelation trailer review; fans are mighty excited for the remake

Avenge the one you lost. Protect the one you love. Sweet Girl is coming to Netflix August 20, 2021. #GeekedWeek pic.twitter.com/8ekSDXxnOo

Sweet Girl is an upcoming thriller action movie releasing on Netflix. The streaming platform released the first look of Sweet Girl on April 28 and announced the release date of the film. In the first look, Jason Momoa is seen walking beside the car while Isabella is looking at him as she stands right beside the vehicle. Sweet Girl is scheduled to arrive on Netflix on August 20, 2021.

READ | Latest releases on Netflix and other OTT platforms to binge this weekend; See top picks

Blood Red Sky is a new horror film by Peter Thorwatch that was announced by Netflix. The film follows a woman flying with her son, who is forced to unleash a dark secret when terrorists attempt to hijack their flight. Meanwhile, Kate is an action thriller starring Mary Elizabeth Winstead. Although, the film didn’t get a trailer, its date announcement was done using a motion poster. The film will be out on September 10, 2021.

Set sail behind the scenes of Vikings: Valhalla #GeekedWeek pic.twitter.com/gr3RCCsbjJ

Vikings fans had something to be happy about as Netflix released a behind the scenes look at Vikings: Valhalla with star Sam Corlett. The series which ended its sixth season last year is getting a spin-off. Meanwhile, fans of Lucifer also had some joy as the makers released a new blooper reel of the series. The cast members of Lucifer also reunited on a video conference to do a table read of the original pilot episode.

Twilight of the Gods and Resident Evil: Infinite Darkness

Zack Snyder is all set to explore the world of animation with Twilight of the Gods. The movie revolving around Norse mythology will feature an all-star cast in the role of famous Norse Gods including Odin, Loki and Thor. Meanwhile, Netflix also announced its new Resident Evil anime series that will feature lifelike animations.

READ | If you liked 'Awake' on Netflix, here are other movies by its star cast that you can watch

The Last Mercenary and Awake

Jean-Claude Van Damme’s action-comedy The Last Mercenary was another film to get a new trailer at the event. The movie features Van Damme as a former French secret service special agent turned mercenary. Awake starring Gina Rodriguez and Shamier Anderson is a new sci-fi film that was released on Netflix over the week. The film revolves around a global event that wipes out humans’ ability to sleep.

Neil Gaiman’s The Sandman is finally getting a live-action adaptation on Netflix. The streaming platform released the first behind-the-scenes pictures from the upcoming DC comic film. DC fans can finally be at joy as The Sandman's release is now confirmed to happen as revealed at Netflix’s Geeked Week.

Fear Street and The School for Good and Evil

Fans of teen horror master R.L. Stine have something to be excited about as Netflix’s adaptation of Fear Street is set to come out in an entire trilogy of films. Meanwhile, another young adult fantasy adaptation was announced in The School for Good and Evil. The film is set to follow a group of girls and boys who are trained to become heroes and villains of a fairytale.

Masters of the Universe: Revelation