Netizens 'amazed' To Learn 'Vincenzo' Was Not Really Shot In Italy; Call It 'outstanding'

tvN Drama dropped BTS video of the ongoing K-drama, Vincenzo. The video shows the contrast between the actual scenes before and after rendering. Fans are amazed 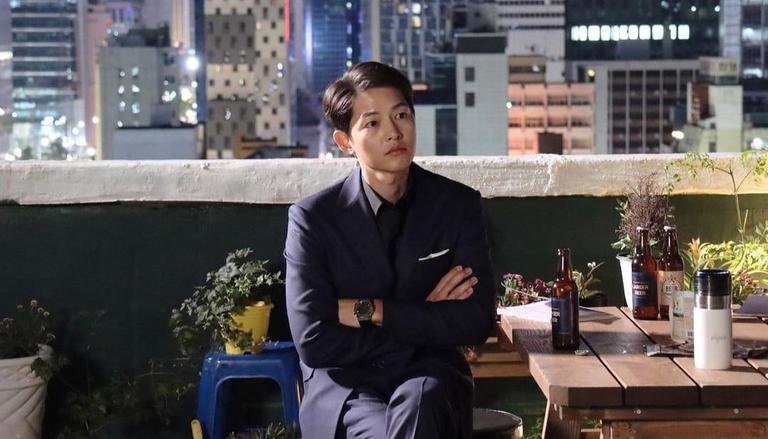 On March 13, 2021, tvN Drama took to their official Twitter handle and dropped a behind-the-scenes video of the ongoing Korean drama, Vincenzo's episodes. The video shows the contrast between the actual scenes before and after rendering the computer graphics. As the plot of the K-drama is set in Italy, many of its fans had thought that the makers had filmed the show in Italy. However, at the time of the production’s announcement, the COVID-19 pandemic was hitting Europe hard, so the makers decided to film in a similar location and using computer graphics to make it look like real Italy locations.

Vincenzo's latest video released by tvN has taken over the internet as fans are fascinated because the drama was shot at a similar location and with little computer graphics. Several netizens praised the actor, Song Joong Ki and the makers for the amazing work. A few netizens commented, "Daebak ('Awesome' in the Korean language), 'amazing', 'wow' and many more.

READ | Song Joong Ki opens up about his character in 'Space Sweepers'; Read

I realized they didn't filming in Italy because pandemic. I was also wondering if they had to rebuild an entire set, but most of it was done in CG, wowww 😮😲😱🤯

I'm amazed at the actors being able to act in these scenes & applause to the staffs 👏🏻👍🏻 https://t.co/eQE2xqRpvS

Omgggggg you guys did such an amazing job💀💀💀💀🤍 https://t.co/6SxBKZ7Wo5

Lol how to make it look like you’re in Italy https://t.co/IBER9oym8b

Wow, never expected the CG to be this convincing. Bravo, #Vincenzo ! https://t.co/SIWkmML5i6

You got me fooled there, ngl https://t.co/4diNJGZc1A

Vincenzo is an on-going black-comedy K-drama that features Song Joong-Ki, Jeon Yeo Been and Ok Taec Yeon in the lead roles. Created by Studio Dragon and tvN, the drama premiered on tvN in the month of February. The 20-episode Korean drama is helmed by Kim Hee-Won and is penned by Park Jae Bum. It airs every Saturday and Sunday at 21.00 KST. Episodes are also available on Netflix in South Korea and several other countries on their television.

The latest K-drama shows Song Joong-Ki as Vincenzo Cassano, an Italian lawyer and Mafia consigliere who was adopted at the age of eight and lived his entire life in Italy. Jeon Yeo Been plays Hong Cha Young, an associate lawyer at the Woosang Law Firm. Ok Taec Yeon plays Jang Jun Woo, an intern at the Woosang Law Firm under lawyer Hong Cha Young. Vincenzo's plot revolves around Joong-Ki who travels to South Korea because of a war between mafia groups. In South Korea, he meets Hong Cha-Young and falls in love with her. The aftermath shows him achieving social justice in his own way.

WE RECOMMEND
'Vincenzo' Episode 8 Recap: What to expect next in Song Joong-ki show?
Italy-Russia Chamber of Commerce on vaccine deal
Juventus vs Spezia live stream, prediction, team news, Serie A live
'Vincenzo': Song Joon Ki, Jeon Yeo Been and others unveil their characters | Watch
Song Joong Ki reveals being busy shooting for 'Vincenzo' in a sweet letter for fans
Listen to the latest songs, only on JioSaavn.com