Nakuul Mehta and Anya Singh have kickstarted the shoot for ‘Never Kiss Your Best Friend’ season 2. Series to release on Zee5 early next year. 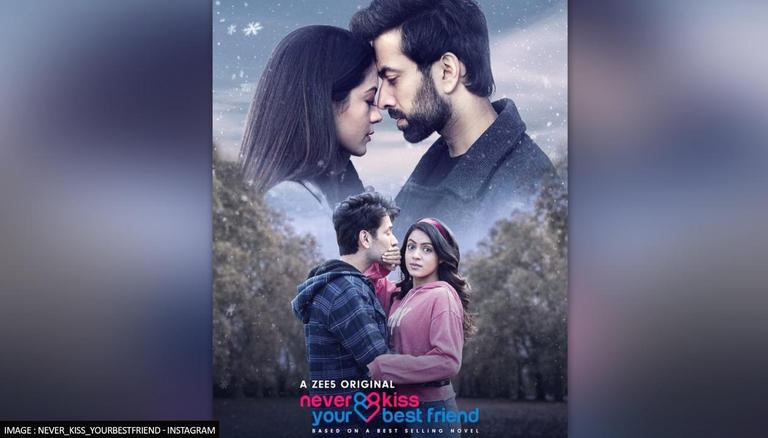 
Nakuul Mehta has begun the shoot for season two of his web series Never Kiss Your Best Friend alongside Anya Singh. Season one of the show premiered back in 2020 and was quite popular and is based on Sumrit Shahi’s best-selling novel of the same name. The show follows the story of two best friends Tanie and Sumer, played by Anya and Nakuul respectively, who meet after 5 long years of separation.

Nakuul Mehta took to his Instagram and shared stills with co-star Anya Singh as they kickstarted the shoot for Never Kiss Your Best Friend season two. As he shared the photos, the actor wrote, "Can't keep calm! We begin filming of another season of #NeverKissYourBestFriend to answer the quintessential question that everyone is dying to know: Can you be friends with your ex?#NKYBF Season 2 coming soon on @zee5."

The 8-episode web series takes off from where the last season ended. The new season narrates the story of two best friends, Tanie and Sumer, who dated once and are now forced to reconnect after a long period of separation. Directed by Harsh Dedhia Never Kiss Your Best Friend season 2 will premiere on ZEE5 early next year. Excited about the show, Anya said, "What started off as a slice of life show turned into an experience, I would never forget not only because of the great memories I got to
create but also because of the love that people gave 'Never Kiss Your Best Friend'. And it's only because of that love that we are back 2 years later to create some more memories while reliving the nostalgia of season 1 with my BFF Nakuul and a whole new
family."

Nakuul Mehta welcomed his first child, a baby boy named Sufi, earlier this year with his wife Jankee Parekh. Nakuul took to his Instagram and shared pictures of his son and wrote, "Hi, This is Sufi again. I am 9 months old today. Can now safely say that have spent more time outside than inside and I’m kinda digging it. Not sure why my folks get all mushy this day, every month. Isn’t this just the natural progression of life or are they just lovestruck. I’m still figuring this world but wanted to quickly say, thank you for the blessings you are going to send my way. P.S - Not sure why my folks are obsessed with my old photos. I guess it would be weird if you knew that they made me wear a sweater in monsoons just cause I looked cute innit."