Where was 'Raat Akeli Hai' filmed? has been a question for many fans after the trailer for the film was launched. Read below to know more details.

Nawazuddin Siddique and Radhika Apte starrer Netflix original film Raat Akeli Hai has dropped recently on the platform. The film is a murder mystery where Nawazuddin can be seen essaying the role of a cop facing several challenges to get to the truth. The official trailer for Raat Akeli Hai showcased a number of locations the film will be exploring through its runtime. Read below to know about the filming locations of Raat Akeli Hai on Netflix -

Also read: What time does 'Raat Akeli Hai' release on Netflix? Read about the plot and cast

Raat Akeli Hai has been reportedly shot predominantly in Lucknow and Kanpur. Back in 2019, when Nawazuddin was shooting in the area, it was reported that a huge crowd had gathered in the Thakurganj area to get a glimpse of the actor. In between shots, the actor could also be seen interacting with a number of his fans who had gathered in Lucknow to watch Nawazuddin act in front of a camera. 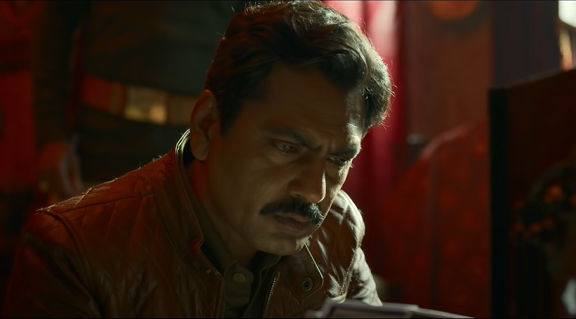 Since Nawazuddin will be seen essaying the role of a police officer in the film, a significant portion of the film has been shot in the Qaiserbagh police station. Whereas some portions were shot in the adjoining area of the Qaiserbagh bus stand, which is a known hub for interstate travel for people in Lucknow. The film was also shot in nearby areas like Malihabad and Kanpur.

One incident during the filming of Raat Akeli Hai had made the headlines when a fan from Kanpur had grabbed Nawazuddin Siddique by the neck in an attempt to get a selfie with the star. Siddique's security personnel quickly brought the fan under control whereas help from the police force was also required. This incident had taken place when the crew was filming Raat Akeli Hai in Kanpur's Kotwali area. Before filming in Kotwali, Nawaz had earlier shot in locations like Kanpur's Lala Lajpat Rai Hospital in Swaroop Nagar and later moved to Bithoor area. Raat Akeli Hai has a runtime of 149 minutes, which translated in an extensive shooting schedule for Nawazuddin Siddiquie who headlines the crime-thriller. Raat Aklei Hai is now available to stream on Netflix.

Also read: Thriller films which you must add to your watch-list before Netflix drops 'Raat Akeli Hai'