Sebastian Stan Reacts To His Jujutsu Kaisen Shoutout; Says, "I Am Very Humbled"

During popular programme Saturday Stay in With Sebastian Stan, the actor reacted with amazement as he watched his Jujutsu Kaisen shoutout. 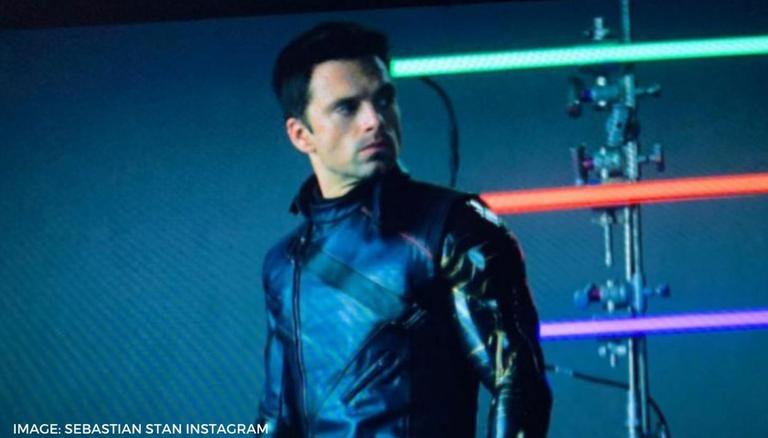 
Sebastian Stan, a popular American actor best-known for his portrayal of Bucky in The Falcon and the Winter Soldier series, recently appeared on his popular programme Saturday Stay in With Sebastian Stan where he reacted to his shoutout in one of the well-known anime series, Jujutsu Kaisen. The actor depicted a video clip from the series and shared how humbled he was to see it.

During the programme Saturday Stay in With Sebastian Stan, the actor was seen conversing with a few others in a virtual meeting. While they all had a conversation about his acting career, his upcoming gig as well as his role in The Falcon and the Winter Soldier series, he was shown a video clip from one of the Jujutsu Kaisen episodes in which a character was asked about what kind of a person was their type. The character then dropped a question asking whether anybody knew Sebastian Stan and later mentioned how he had a great body. She then blushed while speaking about Sebastian Stan’s body as the video clip came to an end. While the video played during the virtual interaction, Sebastian Stan’s reaction to his Jujutsu Kaisen shoutout was seen in the bottom right corner section. The actor was amazed to watch his shoutout in the anime series and stated that he wanted to find out more about the show. He even exclaimed, “that was my shoutout” as the video clip ended. He further stated that he was humbled.

As this video clip surfaced on the internet, it received several fans’ reactions who loved how Sebastian Stan reacted to his shoutout. Some of them stated how the look on his face was priceless while Jujutsu Kaisen fans were delighted to know that he might soon start watching the series. Some of the fans also stated that they loved his expression and referred to him as cute. Take a look at some of the fans’ comments upon seeing Sebastian Stan’s reaction to the Jujutsu Kaisen episode clip.

The look on his face was absolutely priceless.

Omg is he going to watch JJK

The Falcon and the Winter Soldier cast