Song Joong Ki And Kim Tae Ri To Star In 'Space Sweepers 2'? Here's What We Know

There have been reports that Netflix's 'Space Sweepers' starring Song Joong Ki and Kim Tae Ri is going to have a sequel. Scroll on for more details. 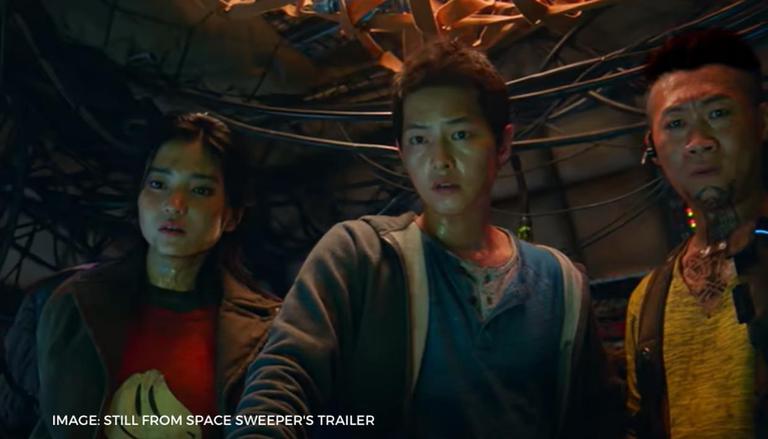 
Song Joong Ki and Kim Tae Ri starrer Space Sweepers is a sci-fi themed movie that released on Netflix in February this year. While the South Korean movie received mixed reviews from the audience, the never seen before avatar of Song Joong Ki was welcomed and appreciated by the masses. Now according to the latest reports, the makers of Space Sweepers are planning to make a sequel to the film.

According to Live Mirror, there is a Space Sweepers 2 in the making. VFX supervisors of the original film, Jeong Seong Jin and Jeong Cheol Min have been roped in for headlining the VFX in the Space Sweepers sequel as well. The decision was made after they bagged the Baeksang Arts Awards under the technical category for their amazing contribution of the film.

Space Sweepers revolves around the story of a few 4 South Korean misfits who snatch a crashed space shuttle to chase after space debris and faraway dreams in the year 2092. However, they soon find a young wide-eyed seven-year-old girl inside the space shuttle only to realise that she is a humanoid that is wanted by the UTS Space guards. Whilst there has been no official update about whether the makers will be recasting the original actors in the sequel or not, the report suggests that considering Song Joong Ki's popularity he is expected to be a part of the Space Sweepers sequel.

READ | Song Joong-Ki opens up about 'Vincenzo' season 2; says 'Nothing has been said about it'

One of the most popular and highest-paid actors in South Korea, Song Joong Ki was recently in the courtroom drama Vincenzo. The 20 episode series aired its last episode on May 5 on TVN and Netflix. The show received a mixed reaction from the netizens with some claiming the K-drama to be very violent while others loved the series and its gripping storyline.

The actor has been a part of multiple highest-grossing South Korean films and television series like The Innocent Man, Descendants of the Sun, Arthdal Chronicles, A Werewolf Boy and The Battleship Island. The actor stepped into the limelight after he appeared as a contestant on KBS's Quiz Korea and soon after winning the second prize he got a modelling gig with the university magazine College. On the work front, Song Joong Ki will soon be seen in a Gangnam Style fame PSY's music video alongside Heize.