Special ops 1.5: The Himmat Story has brought forth Kay Kay Menon's mysterious character Himmat Singh in his formative years as a RAW agent. 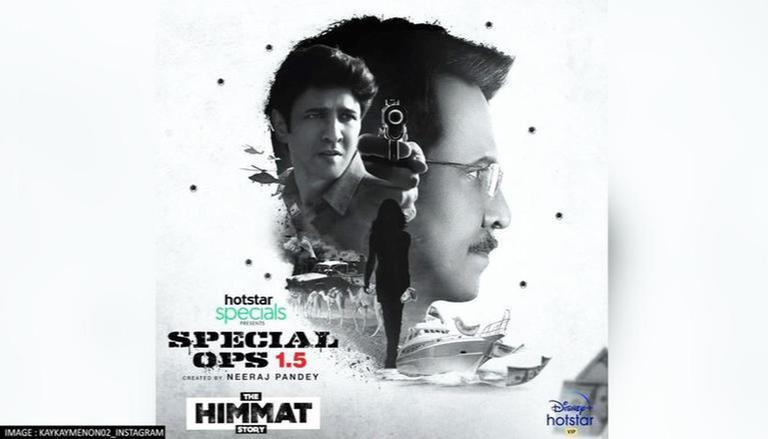 
Special ops 1.5: The Himmat Story has brought forth Kay Kay Menon's mysterious character Himmat Singh in his formative years as a RAW agent. The new season unveils layers of the character that were hinted at in the first season. Just like previous instalments of the Disney+ Hotstar series, the new season is also packed with high octane stunts, firing bullets, and Himmat Singh, who goes on to track down a top terrorist. Along with Kay Kay Menon, the series also features Vinay Pathak, Aftab Shivdasani, and Aadil Khan in essential roles.

Soon after its release on Friday, ardent fans of the series were quick enough to share their reviews about the Hotstar series, praising his stunning performance, countless twists, and turns. Netizens also praised the series' director Neeraj Pandey for its 'gripping' storyline.

The Kay Kay Menon starrer series has been trending at the number one spot on the online streaming site, Disney+ Hotstar. It has created history by becoming the most-watched show on launch day ever on the streamer. It has achieved a mark of highest day one subs for specials and the highest ever launch day engagement on the OTT platform. Many fans have also rated the special cops' thriller drama on IMDb with 9.3 ratings.

Special Ops 1.5 total episodes are four and have been released altogether on the same day. Set inside the Special Ops Universe, the story goes back to 2001, taking the viewers inside Himmat's initial years as the RAW agent. New entrants like Aishwarya Sushmita, Maria Ryaboshapka have been roped in to play pivotal roles alongside Gautami Kapoor, Parmeet Sethi, KP Mukherjee, and many others. The limited series has been released on November 12 via Disney+ Hotstar.

The first season of the series was widely received positively by the audience as confirmed by Kay Kay Menon in March celebrating one year since the release of the show. He wrote, ''Special Ops has garnered a spectacular response from the audiences and it has been so overwhelming. I am extremely grateful for all the love and appreciation that we have received. On the one-year milestone of the series, I’d like to thank the millions of viewers who have watched and loved this series!''