Ahead of Kay Kay Menon's 'Special Ops 1.5' release, Vinay Pathak talks about his 'endearing' and 'fascinating' role as Abbas Sheikh in the limited series. 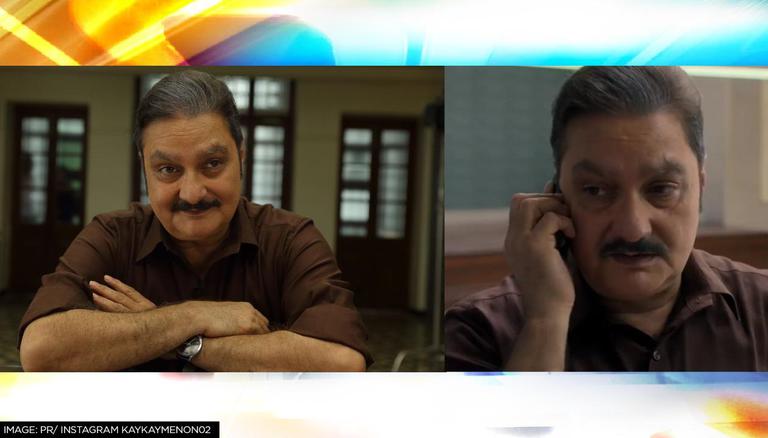 
Kay Kay Menon's espionage thriller Special Ops 1.5 is gearing up for its release, with the first of its kind prequel series tracing Himmat Singh's formative years as a RAW agent. Set inside the Special Ops Universe, Kay Kay Menon will be seen journeying into the despairing alleys of red-tapism and politics as he traces a top terrorist on the loose. Apart from Menon, the latest instalment also stars Vinay Pathak in a pertinent role.

Talking about his character, Pathak noted that 'Abbas' wasn't supposed to be the person he is portrayed as in the inception, and these varied versions of the character caused a difference of opinion between the actor and director Neeraj Pandey. However, he iterated that Abbas has emerged out to be an 'endearing' character over time.

Vinay Pathak on his role in 'Special Ops 1.5'

Pathak also noted that his character has been 'written so beautifully' and he has grown to be fascinated by his on-screen role. 'There is a profound back story' to what Abbas states in his dialogues, says Vinay. The series' trailer, which was released earlier in October, opens up with Abbas Sheikh's character being interrogated about Himmat Singh, to which Sheikh commences his narration of the RAW agent's 'interesting story'. The series, whose storyline goes back to 2001, is set to be packed with high octane stunts and blazing guns.

Apart from Menon, the Neeraj Pandey directorial also stars Aftab Shivdasani and Aadil Khan, who will grace the show with new entrants like Aishwarya Sushmita, Maria Ryaboshapka alongside Gautami Kapoor, Parmeet Sethi, KP Mukherjee, and many others. For the unversed, the original Special Ops follows the journey of a RAW team, who, after finding similarities in terror attack patterns, try to track down the single mastermind behind them. The show has been reportedly inspired by the missions undertaken by India in the last two decades.

Produced by Shital Bhatia,  the latest instalment is set to premiere on Disney+ Hotstar on November 12. The limited series is narrated across three episodes and has been shot across Ukraine. Take a look at the trailer, which echoes the tagline "You know the man, but not his story".