Did you know? | 'Squid Game' Actor Geoffrey Giuliano 'lived Like Beggar' In India During COVID Lockdown

'Squid Game' actor Geoffrey Giuliano 'lived like a beggar' in India and was stranded in Jaipur during the COVID lockdown due to the restrictions. 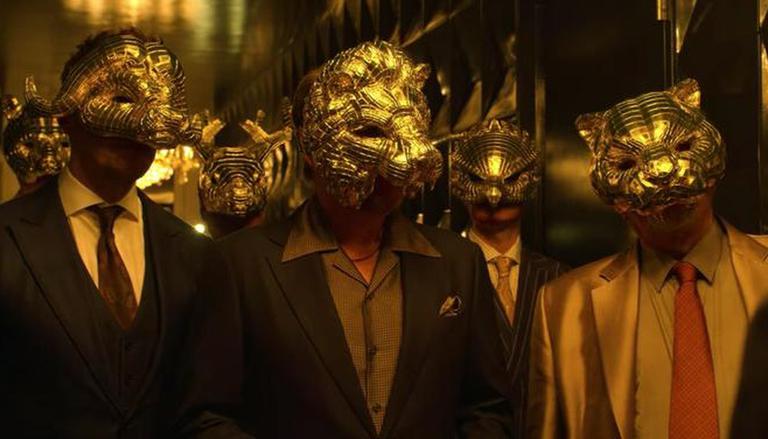 
Squid Game is currently making headlines across the globe, going on to become Netflix's most-streamed debut series of all time. The success of the show has also brought popularity for many of the actors who were a part of the cast. Among them was Geoffrey Giuliano, who played the role of VIP no 4 in the survival thriller.

The show deals with people struggling with financial crises and competing in a dangerous survival game to bring their life out of the financial mess. Giuliano too faced a similar situation temporarily, when he ran out of money during the time of COVID-19 lockdown. The noteworthy part is that this happened on the streets of India.

News of a Hollywood actor-author Geoffrey Giuliano being stranded had surfaced around April-May last year. However, it has emerged only recently that the person has starred in Squid Game and has become a big name henceforth.

As per a report on Thai Examiner at that time, Geoffrey Giuliano, who has acted in a few movies like Scorpion King 3 and written various books, especially on The Beatles, was stranded, along with his 12-year old son in Jaipur during the first coronavirus lockdown.

He had first arrived in India and visited New Delhi on March 3, where the duo visited the ISKCON Temple and enquired about a dental procedure for him after he had lost his teeth in a stunt. He also planned to get a liposuction done as he was told that looking younger would help his prospects of starring in films. As he arrived in Jaipur on March 22 last year to visit another 'Hare Rama Hare Krishna' temple, he got stuck due to the lockdown

The actor had sought help at that time as he was unable to return to Thailand with his 12-year-old son Eden. The reason he could not avail of the repatriation flights to Thailand was because of his American citizenship, while his son (from his previous relationship) had roots in Thailand.

While he survived on the money he brought, and donations he received on Paypal, which he applied to his credit card, he eventually ran out of cash. He was even worried that he'd be thrown out of the hostel and be on the streets of Jaipur, as they could not pay the bill.

'The reason he struggled for funds was because he had not brought his bank debit card, thinking that $2000 was enough for the trip. The extended trip exhausted his budget. He had even shared his worry about his son was 'looking like a skeleton', eating just rice and egg,  due to limited food resources, budget issues and restrictions due to COVID-19,' as per Thai Examiner.

In another report by Newsflare, he said that he was surviving on 'monkey nuts and banana' donated by "readers of a news website and living like an Indian beggar."