‘Squid Game’: Sae-byeok Actor Jung Ho-yeon Reveals What She Learnt From The Role

Jung Ho-yeon rose to fame after her role in Netflix's hit K-Drama, ‘Squid Game’, & she shared her experience during a recent interview after the show's success. 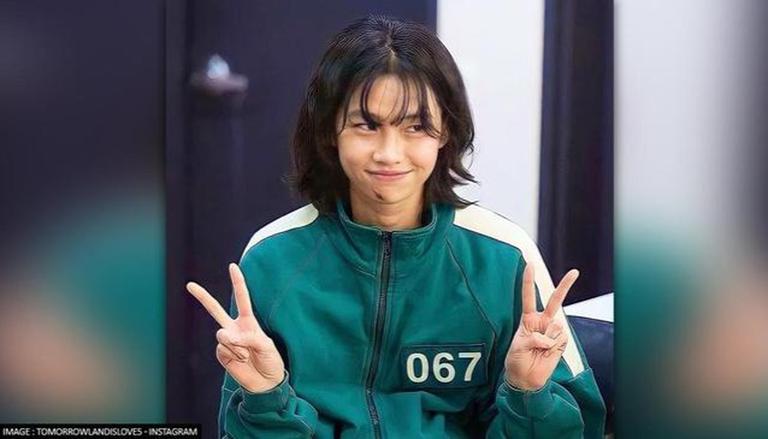 
Jung Ho-yeon rose to fame after her role in Netflix's latest hit K-Drama, Squid Game, and the actor shared her experience during a recent interview after the show's success. Speaking to Cosmopolitan, the actor also shed light on what she learnt as she stepped into the shoes of the much-loved Kang Sae-byeok. An interesting fact about the actor is that her role in the survival drama was her debut in the film industry.

Speaking about what her takeaways were from the Korean drama, the actor mentioned that she learnt that 'we have to live as humans should.' She also mentioned that her role helped her learn about life and find several answers through this character. She also called herself a 'rookie with no experience in an unfamiliar environment.' Having said that, she mentioned that the speed with which she began to pick things up gradually became faster.

The actor currently enjoys a huge following on Instagram with her follower count at 20 million. She spoke about the feeling of famous personalities following her on the social media platform. Zendaya and The Weeknd followed her and the Squid Game actor was 'most amazed'. She also told Cosmopolitan that she would love to work with actors including Hirokazu Koreeda, Quentin Tarantino, Paul Thomas Anderson and Bong Joon-ho in the future.

In a recent interview with Time, Jung Ho-yeon revealed that she got emotional when she read the scene about her character and player number 240, Ji-yeong, played by Lee Yoo-mi, opening up to each other. She mentioned that the lines were 'very well written' and she began 'sobbing' on reading them. The scene that the actor was referring to, took place during the marble game when the two pair up. The duo spends some quality time together and opens up about their past and possible future. The scene comes before a heartbreaking one, in which Ji-yeong lets Sae-byeok win, as the former believes she has more to live for. The scene not only had Jung Ho-yeon in tears but also had fans looking at their screens teary-eyed.