'Sweet Tooth' Release Time In India: Know When The Series Will Be Available For Streaming

Sweet Tooth's release time in India is something the audience wanted to know. Read ahead to know more details about this fantasy drama series. 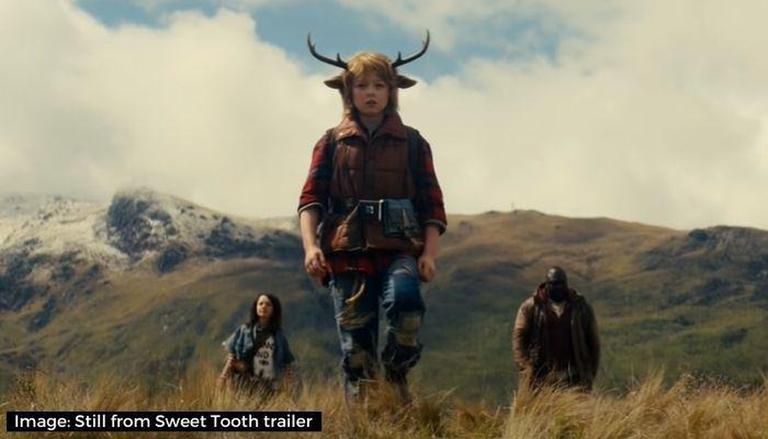 
Streaming giant Netflix is all set to release a new fantasy drama show Sweet Tooth on June 4, 2021. The trailer of this show has made a lot of noise on social media and the audience is anticipating its release. The series is based on Jeff Lemire’s comic of the same name. Viewers wanted to know the Sweet Tooth release time in India.

Netflix releases all their shows and movies at 12 AM Pacific Time. And this show is also expected to release at the same time. But the viewers will have to keep an eye on the notifications regarding the release of Sweet Tooth in case there is a change.

Sweet Tooth cast and other details

Sweet Tooth is created by Jim Mickle who has previously directed movies like Mulberry Street, Stake Land and We Are What We Are. It is produced by Robert Downey Jr and his wife Susan Downey. It was earlier being developed for Hulu but got moved to Netflix. The cast of this show includes Christian Convery, Nonso Anozie, Adeel Akhtar, Will Forte, Dania Ramirez, Neil Sandilands, Stefania LaVie Owen and Aliza Vellani among others. The plot of this show revolves around ‘hybrid’ children who are hunted by humans as they are thought to be the cause of the spread of a deadly virus.

The trailer was dropped on May 17, 2021. It begins with a voiceover that says that ‘bad people’ who were greedy and self-destructive ruled the Earth once upon a time. The next frame sees several cradles of babies some of whom had grown wings, some horns and some snouts sleeping sounding. These babies come to be known as ‘hybrids’ who are being hunted by humans. A young optimist boy called Gus is saved by Tommy Jepperd. Gus is taken to Colorado as it is the only safe place for children like him to live peacefully. Gus is shown to be adopted in a normal human family whose other children are highly intrigued by Gus’ horns. A huge group of people who want to save the hybrids arrive. The trailer promises several action-packed sequences as well.