The makers of 'The Family Man 2' have released the show's trailer. Amidst this, Samantha Akkineni paid a hearty tribute to late actor Asif Basra. Take a look 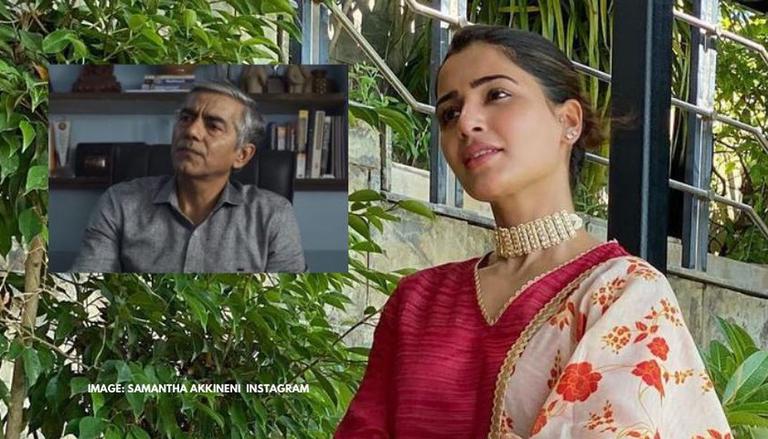 
Actor Samantha Akkineni is currently gearing to make her web series debut in the espionage action thriller show, The Family Man 2. The makers of the series have recently released the teaser of the upcoming season. Amidst this, Samantha Akkineni paid a hearty tribute to late actor Asif Basra who essayed a brief role in the show.

On Friday, May 21, Samantha Akkineni, took to her Instagram story to repost a tribute post, which was previously shared by co-actor Manoj Bajpayee. Sharing a still of Asif Basra from the series, the lead protagonist said, “You are missed so badly by the entire team of #thefamilyman my friend!! Stay happy and peaceful wherever you are”. The photo of the star has “In loving memory of” imprinted in bold on it. Check out the reposted story shared by Samantha Akkineni below: 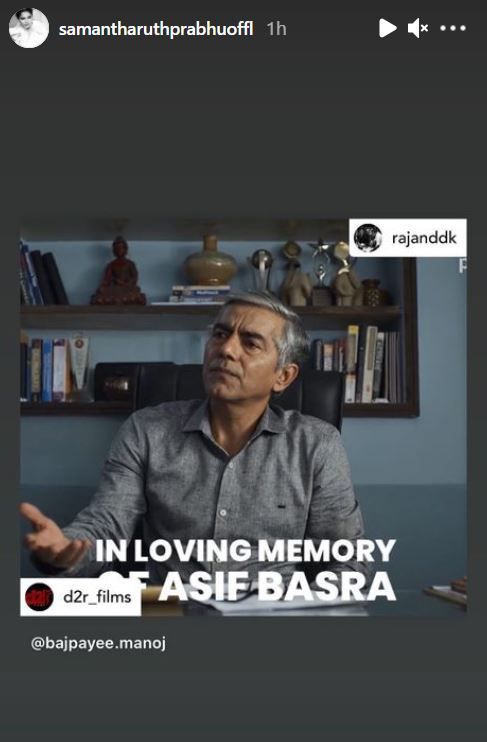 What role did Asif Basra play in The Family Man?

The lead character of the show, Srikant Tiwari, is one of the senior agents of TASC. Srikant’s wife Suchitra Iyer (Played by Priyamani) is fed of her husband’s work. Their relationship hits a roadblock and the couple decides to consult a counselor in the show. The role of the counselor was essayed by Asif Basra. His brief appearance as a psychologist has grabbed many eyeballs.

In an unfortunate turn of events, actor Asif Basra’s body was procured hanging in a private complex in McLeod Ganj, Dharamshala on November 12, 2020. The actor was 53-year-old when he committed suicide, however, no suicide note was recovered by the officials. After the death, multiple media portals reported that Asif Basra was suffering from depression.

READ | 'The Family Man 2' cast: Know more about the characters of the action drama series

About the show 'The Family Man 2'

The plot of the show chronicles the life of Srikant, a senior officer of a fictional TASC cell, a part of the National Investigation Agency of India. Srikant is married man with two kids, and the first season showcases how he tackles a potential terrorist attack. The first season of the show was released in 2019. Recently, Samantha Akkineni announced, “We’re ready for you #TheFamilyManOnPrime”. Check out The Family Man 2 trailer here: